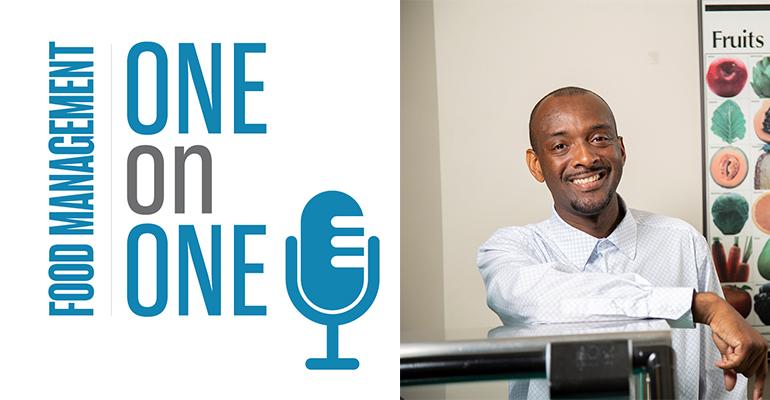 Find out with Aaron Smith’s plans are for the next year at SPS in this week’s edition of One On One.
Operations>Management

One On One: Seattle Public Schools builds menus tailored to students and the learning experience

Director of Food and Nutrition Aaron Smith is designing menus based on geographic populations throughout the city of Seattle and partnering with teachers for lesson-based menu items in his second year at the district.

Seattle was the first city in the country to be hit by the coronavirus pandemic in January of 2020, which meant Seattle Public Schools (SPS) had to react fast as the unknown hit. Aaron Smith, director of school and nutrition service, had only been in his job since mid-2019 when his plans changed, and triage began on the new plans he had just started.

Initial plans for SPS included dividing the large school district into five, distinct geographical regions. Smith’s idea behind this was to highlight the cultural and culinary preferences at schools, portioning off one region that was mostly Black, another that was mostly Hispanic, etc., in order to serve the community better.

Each district’s menus would revolve around the local cuisine along with one standard meal. Another menu item would also correspond to what teachers were leading discussions on in their lesson plans, making for a more holistic learning process. Since SPS uses a central kitchen, this required no additional work for them.

Smith’s goal was to educate kids in the classrooms and in the lunchroom, but only two menus were rolling before COVID hit the city.

In the aftermath of COVID, Smith and his team had to feed about 50,000 students remotely (same as every school district), but they turned to Amazon for help. Through a partnership with the technology giant, SPS used the service’s cars as vehicles to deliver food to kids across the city.

Find out with Smith’s plans are for the next year at SPS in this week’s edition of One On One.