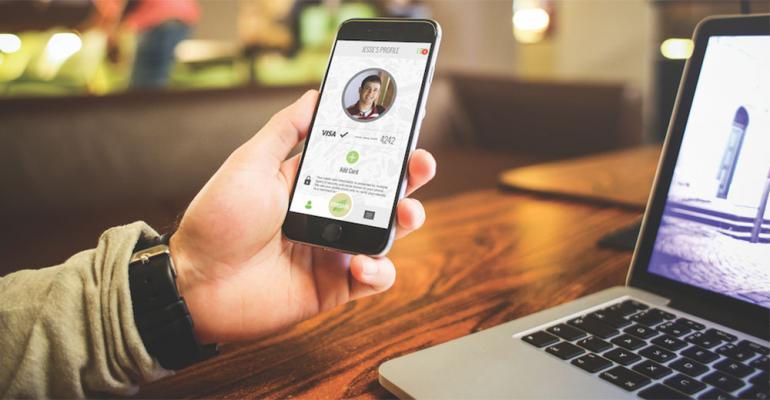 Ready for some real face time with customers?

Fresh Ideas Food Service Management, a contract foodservice firm based in Columbia, Mo., has deployed a program called FreshX in about half of its college accounts. The program allows customers who have the app on their smartphones to check into a residential dining hall just by approaching the entry. That’s because the FreshX app uses GPS location services and a Bluetooth connection to send the cashier checking diners into the venue a picture of the approaching student.

This “selfie”-based check-in allows quick identification with no need for pulling out and scanning a meal card or even flashing a phone, and makes the use of stolen or illicitly shared meal accounts almost impossible. The connection also allows a totally cashless transaction as the program automatically debits the customer’s meal account or credit card, speeding up lines—wait times have dropped five-fold with the system, according to Fresh Ideas.

FreshX can also be used at retail venues for receiving advance orders and deploying sophisticated loyalty and promotion programs because it recognizes approaching potential customers to whom it can quickly transmit discount offers based on their order history.

“We have a virtual loyalty program based on their preferences,” says Fresh Ideas COO Kris Lensmeyer. “Then, on the back end, we have a digital marketing manager [through whom] we’re able to push out special and reminders.”

The program was initially introduced by Fresh Ideas two years ago at Southwestern College in Kansas, and has since been deployed at a dozen more of the company’s college and university locations. It is scheduled to go into more accounts later this year, including at least one B&I venue, says Lensmeyer.

“FreshX is our proprietary PS system,” she explains. “We are partnering with a Canadian company called Lucova that holds the patent on the technology we’re using [but] we’re the first company to bring this to the U.S.”

The technology particularly resonates with college-age customers used to high-tech shortcuts at mealtimes. It also depends on that most dependable of assumptions about young adults: that the last thing they are apt to forget taking with them anywhere is their smartphone.

“What really inspired [the development of FreshX] was that students [would forget] to bring their ID cards to the dining hall,” Lensmeyer explains. “If you want to be a student-focused and –centered outlet on campus, do you make them go back and get their card, or do you find something fun and cool for them [instead]?”

FreshX now has some 20,000 monthly active users, with 44 percent using the app more than 10 times a month. On average, guests are touching the app 1.8 times a day and Fresh Ideas has already realized more than two million transactions through the system.

Student satisfaction has gone up as a result of the system because “it makes dining fun and easier,” Lensmeyer offers. “They also love the preorder system [because] they can just pick it up with no going through the cashier because it’s automatically prepaid.”

Any concerns over privacy are mitigated by the fact that using the system is totally optional, so no student is required to download or use the app. However, Lensmeyer stresses, such concerns don’t seem very prevalent and are overwhelmingly trumped by the way the system fits the lifestyles of young adults.

“I was talking to some parents and they were telling me that they often decide on what to get for dinner by the apps [on their children’s phones],” Lensmeyer says. For example, “they’ll be in the car and the kids will go ahead and order from the Jimmie Johns app, [so] that’s where they’ll go. That’s what these students are coming to college with now, so we need to be in their space, to provide options that they’re used to having.”

Fresh Ideas currently operates in six Midwestern states, primarily in the higher education market though it also has accounts in the B&I and K-12 segments.