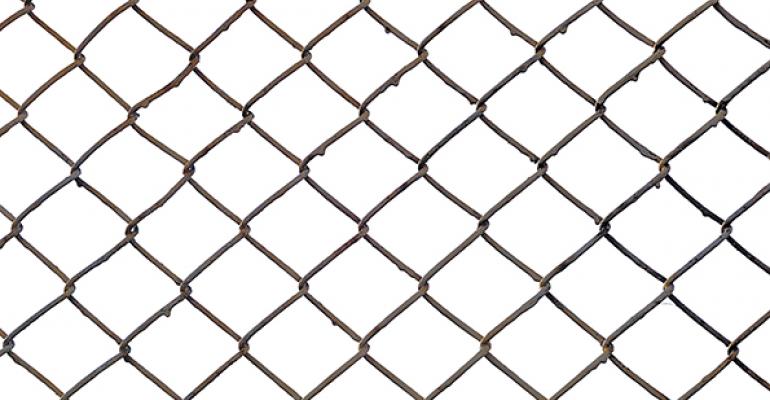 Unexpected Opportunities: From Culinary to Corrections

When Natalie Iden was in culinary school, she never thought her dream job would be in corrections&mdash;but it is. And she loves it.

As a culinary school student, Natalie Iden wasn’t sure what her career path might look like. Restaurants didn’t entice her. Ditto for bakeries. But after time spent as a kitchen supervisor in both a summer camp and at a preschool, Iden discovered that the world of foodservice was much bigger and much broader than anyone ever lead her to believe.

Today, Iden is the food service supervisor at the Santa Barbara Sheriff's Office, in California, a title she earned despite some serious odds stacked against her. On the verge of a major kitchen renovation, she is more passionate about noncommercial foodservice than she ever dreamt she’d be.

Q: You earned a B.A. in anthropology. What made you decide to go to culinary school?
A: I wasn't convinced I was going to make a career out of anthropology. However, I knew my passion for cooking and baking might take me somewhere. I thought it would be smart to further educate myself. So I enrolled in the culinary arts and food management programs at the City College of San Francisco.

Q: Did you eventually have a career path in mind?
A: Not at all. While I was in school, I didn’t focus on what my future would or could hold. I just knew that I really enjoyed school and I felt very comfortable working in a kitchen.

Q: Most schools require real-world experience before graduation. Did yours?
A: It did. I interned at a local bakery south of the city. I spent endless hours piping frosting onto cupcakes and learning to shape bread dough. While it was a very valuable experience, I knew it wasn’t going to get me very far at the pace I wanted. I worked with so many talented, loyal bakers. And as much as I enjoyed creating the baked goods, I didn’t see any room for growth.

Q: So then you went to work in a camp kitchen?
A: At the bakery, I was willing to put in the work, but I also knew bakery work wasn’t for me. So I left. At the Camp Kitchen, I was in charge of running the kitchen and overseeing the staff, which was made up of high school students. It seemed daunting, but I knew I was going to learn a lot. The kitchen was my sole responsibility, so failure wasn't an option.

Q: What were some of the challenges working with students?
A: The kids I worked with had little to no experience working, let alone working in a kitchen. Plus, all their peers at the camp were working with camp counselors, who spent their days swimming in the lake and working on art projects with campers. The kitchen staff assumed they’d be consumed with washing dirty dishes, serving hot food in hot weather and unloading/stocking deliveries. They saw no value in what we were doing at first.

It was a challenge to get them to look past the small tasks, to see the bigger picture. For example, the vegetables they were chopping for hours turned into a fabulous meal and they were a part of that. It was up to me to show the importance of a good work ethic and encourage them to be proud of their jobs. And they were.

Q: After that experience, you almost left foodservice. What happened?
A: I moved to Arizona and I was about ready to change careers because I was frustrated with thinking my future was going to be consumed with crazy work hours, lousy money and no benefits. But then I landed a job at a brand new, not yet opened preschool running the kitchen. I was responsible for setting up the kitchen, running it, training others and cooking meals for the children. What sounded like a position as “lunch lady” turned out to be a turning point for me.

Q: Why?
A: I knew that my calling was not to be a chef, but I still loved working in the kitchen environment. Feeding children within strict nutritional guidelines was a huge responsibility, too. I welcomed the challenge and realized that this is what I was meant to do.

Q: Then you left Arizona to come back to California. What were your job prospects at that time?
A: I tried getting a job at the local hospital and at the university within their culinary/catering departments, but I still didn’t have enough experience to meet their needs. I applied at the local county jail in a position as cook. I worked long graveyard shifts every weekend, but the job was stable and I loved being in the kitchen being able to supervise a work crew of inmates.

Two years later, my boss retired and I applied for his position, even with the odds stacked against me. I was the least tenured, the only female and the second-to-youngest staff member. But I landed the job thanks to my previous experience in supervision and education.

Q: Why do you think you landed the supervisor job?
A: My education in both food and management played a big role. I am also dedicated to my job and I have a strong work ethic.

For the vast majority of my time at the jail, I worked graveyard shifts on the weekends, which is largely an unsupervised role. During that time, I had to take the initiative and make a lot of quick decisions if something went wrong. In a way, that job was a perfect training ground for my current position.

Q: Tell me more about your operation.
A: The Santa Barbara County Jail is an Adult Type II facility that houses adult males and females. We serve approximately 900 inmates per day, three meals a day. Breakfast and lunch are cold meals and there is a hot dinner.

The kitchen staff comes in two different shifts and there are only four hours of each day when the kitchen is not in operation. Both night and day shift work with approximately 20 inmate workers. We also provide meals for the custody staff. We serve a buffet-style meal and a full salad bar twice daily. We also prepare freshly baked goods on a daily basis.

Q: What are some of the challenges you face on a day-to-day basis?
A: Every day brings the possibility of a new challenge. Oftentimes it is an inmate worker issue (e.g. someone who doesn’t want to work, got caught stealing food from the kitchen or a shortage of eligible workers). Another challenge is keeping 900 inmates satisfied with our foodservice.

About five to ten percent of our inmate population is on a special diet and these meals must be strictly adhered to. Sometimes inmates feel excluded because they are not receiving the same meal as the rest of the inmate population. Responding to those needs is part of my job as well.

And finally, because we anticipated this kitchen remodel, we haven’t bought new equipment in years. For that reason, equipment is constantly breaking down. Much of my day was spent finding ways to stay within my budget to fix only the necessary pieces.

Q: What do the renovation plans include?
A: It will be a major upheaval to the sewer system that includes tearing out the floors, redoing the plumbing and electrical work. New flooring will be put in and all new equipment will be added. A new hood/ventilation system will be installed, too.

High visibility while working with inmates is necessary, too, so we are also relocating the staff office to the center of the kitchen. And we’re getting a rotating rack oven, which will make our bakery much more efficient.

Q: What will your role be during the renovation?
A: I have been fortunate enough to be able to be part of the entire process.

When we began, we had to come up with a plan to move our entire operation to another location. Currently, we cook off site and transport all the hot inmate food by truck. It’s a very large undertaking but because of such great planning, it has been a huge success.

Also, before any of the plans were approved—from flooring, equipment and layouts to designs and wall color—I was asked for input, which is very helpful because I know exactly what to expect when the kitchen reopens. I am also part of the weekly progress meetings, which includes the contractor, architect, project managers, general services staff and my lieutenant.

I would also tell myself to have more patience and appreciate each experience. I would have never thought that my time at a preschool would pave the way for my job at a jail. But it did. And I wouldn’t change a thing about it.