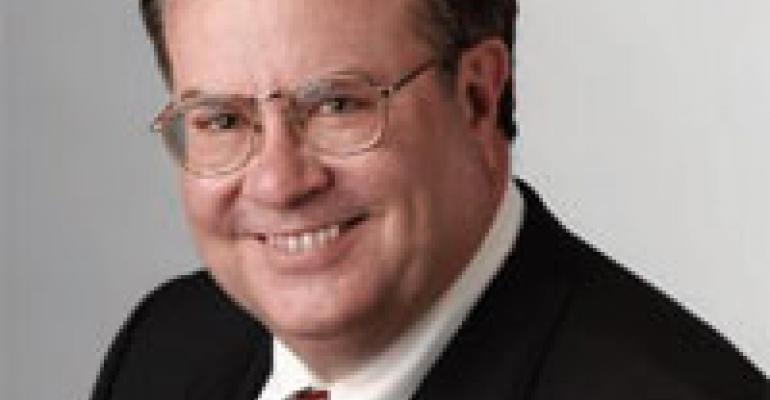 In Praise of “The Great Good Place”

People frequently ask me where the ideas come from for my monthly editorial column. The answer, in most cases, is that they usually result from a “confluence” of factors—that is, from the melting pot of conversations with readers, books and articles I happen to be reading, incidents that occur in the course of travel and so on.

So it was this month, when I found myself repeatedly mulling over a comment made to us by Vanderbilt University’s Frank Gladu for our “State of the Industry” forecast that begins on page 30.

“You should be able to distinguish college and university dining services from the food court in the shopping mall,” he says. “We can provide some of the same services as a food court, and we can resemble it—but only in the context of a broader foodservice program.”

Frank’s comments segued neatly to the thesis of a book I began reading over the holidays: The Great Good Place, by Ray Oldenburg. The book is actually listed as a sociology text, written to address what Max Lerner called “the problem of place in America.” But its subtitle—“Cafes, Coffee Shops, Community Centers, Beauty Parlors, General Stores, Bars, Hangouts, and How They Get You through the Day”—makes it clear Oldenburg does not intend to get bogged down in pedantics.

He sums up the “problem of place” as the widely-documented nostalgia Americans say they have for a sense of small town “belonging,” a feeling they believe has been lost in the mobile, fragmented and largely suburban U.S. lifestyle spawned since the end of World War II.

As a result, most Americans lack the sense of community that results from the informal public life that in other countries or in other times has taken place in cafes, general stores and other kinds of local gathering places. Instead, he says, we increasingly settle on a “two-stop model of daily routine,” with our comings and goings “restricted to the home and work settings…between the ‘womb’ and the ‘rat race.’”

What Americans miss is what Oldenburg terms “the third place,” public places where people can gather and socialize informally, beyond the realms of home and work.

“What urban life increasingly fails to provide, and what is so much missed, is convenient and open-ended socializing—places where individuals can go without aim or arrangement and be greeted by people who know them and know how to enjoy a little time off.”

Third places provide “affiliate friendships,” a place to relieve stress, an environment in which civility is voluntary but respected. In most cases, the examples he explores—from German-American lager beer gardens to timeless French cafes to the classic coffeehouses of Europe—are environments where food and drink facilitate casual human interaction.

And that brings me back to Frank Gladu’s point. Which is that many onsite foodservices are indeed intended to serve as “third places” for their customers, gathering places that should be more than just a convenient food court and which should offer respite from the job, the classroom, the daily routine.

The danger is that in our modern rush to seek convenience, to save time, to standardize in the name of efficiency, we have tended to adopt servery and cafeteria models that encourage throughput rather than conviviality.

But if you can instead offer an environment where customers can comfortably socialize (as well as get a quick bite to eat), where stress can be relieved, where a sense of “affiliation” is created with your institution or company—then you will have moved closer to fulfilling the larger mission operators like Gladu speak of.

A great deal of the success of the Starbucks phenomenon can be attributed to the concept’s ability to offer just such a third place to its customers, where a sense of “belonging” is encouraged and casual socialization is as much a part of the experience as the latte.

Sure, Oldenburg is a bit of a dreamer, but his point is a real one. It’s also a way of looking at the foodservice environment that may help you build customer participation, loyalty and meal occasion frequency. If those are among your objectives for the coming year, consider ways you can make your operation a “third place” for your customers.