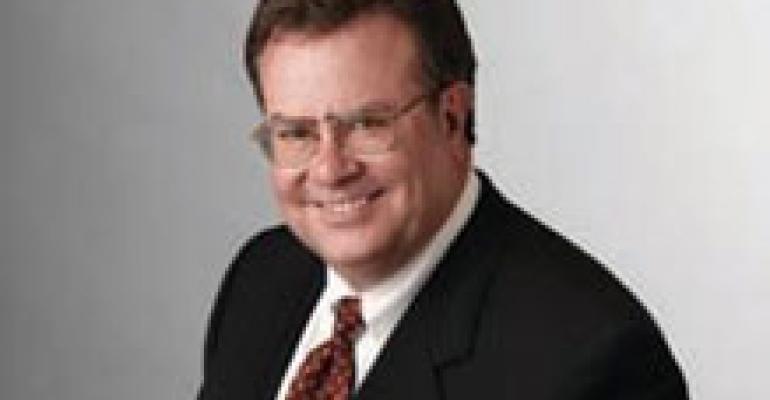 A Year of Milestones

Elsewhere in this issue you can read our annual update on trends of significance in many of the noncommercial segments that are covered regularly in the pages of Food Management. Segment-specific associations have always been highly influential in these markets, from healthcare to college/university dining to K-12 schools, and often have played an instrumental role in how the segments themselves have developed over the years.

2007 represents a milestone for a number of these associations. At a time of year when most operators are looking ahead, seeking to forecast business and budget trends, it is worth taking a few moments to also look back and to consider how far noncommercial foodservice has come in the decades since many of these associations were formed. While these are only a few of the associations of significance in our market, the coincidence of their anniversaries makes this a year in which many readers will be recalling the contributions these voluntary groups have made over the years.

90 years ago. Certainly, the American Dietetic Association deserves first mention. ADA was formed in 1917, largely by the military dietitians who were concerned about food nutrition and food conservation in what was known as the Great World War. Foodservice would not be formally recognized as an industry in its own right for many decades, but ADA proved to have immense influence over the development of what was then known as "volume feeding" and its leaders were often key figures in the evolution of other noncommercial segments, including healthcare, military and school foodservice.

60 years ago. This year also marks the 60th anniversary of the National School Lunch Program(NSLP) and, not coincidentally, the founding of the Food Service Directors Association in late 1946. (FSDA was later renamed the American School Foodservice Association and, of course, today is known as the School Nutrition Association.)

Although public school feeding programs can be traced back to the latter half of the 19th century, and there were earlier associations in the field, like the Conference of Foodservice Directors and the National School Cafeteria Association, SNA quickly became the national voice representing the interests of food programs for school children. Today, it would be i m p o s s i b l e to have any discussion of how school nutrition programs have developed over the years, or will develop in the future, without considering the integral role SNA has played in school nutrition activities.

50 years ago. It was half a century ago that a number of directors in the college and university segment, recognizing the immense changes then taking place in their field, answered the call of Central Michigan University's Richard Lichtenfelt to form the National Association of College and University Food Services (NACUFS). No group has had a more lasting impact on that segment or contributed more to raising the professionalism and expertise of its foodservice directors. NACUFS is planning a gala celebration of its history and traditions at its annual conference later this year, and would like to hear from those who may be able to contribute photographs and historic memorabilia as part of that effort (contact NACUFS headquarters at 517-332-2494 for more information).

40 years ago. In 1967, an advisory group of officers and directors of the Hospital Food Service Administrators Association of Greater New York and the Hospital Food Directors Association for the Philadelphia-New Jersey area petitioned the American Hospital Association to form a national, foodservice-specific "society" under AHA auspices. ASHFSA—The American Society of Hospital Food Service Administrators—was officially established later that year with Bonnie Miller as its first director and Jacques Bloch, then foodservice director at New York's Montefiore Medical Center, as its first president. ASHFSA is also planning an anniversary celebration at its annual conference later this year and is also looking for memorabilia to help it celebrate its history (contact ASHFSA headquarters 502-583-3783 if you have materials to contribute).

35 years ago. Finally, I'd be remiss if I didn't also point out that Food Management celebrates an anniversary this year as well. It was 35 years ago, in October of 1972, that FM published its first issue, with a cover story "The Dramatic Age of Nutrition." In the intervening years it has remained the most prominent voice of noncommercial foodservice operators across many segments and the leading publication dedicated exclusively to our industry.