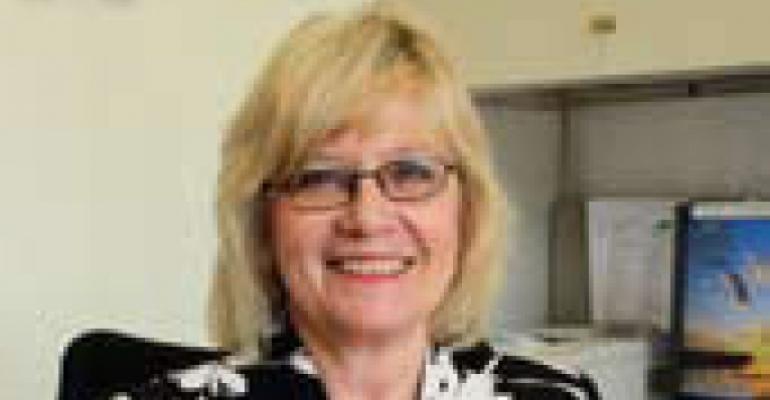 You Can't Beat a Grass-Roots Campaign

A few columns ago, I mentioned the value our staff always finds in reader visits, and I was reminded of that again earlier this month, when FM Associate Editor Tara Fitzpatrick and I stopped by Southwest General Health Center. We were there to spend some time with Susan Shubrook, RD, the facility's director of nutrition services, and her executive chef, Gary Lenio.

Southwest is a medium sized community hospital, about 350 beds, and serves the southwest corner of northeast Ohio from its base in Middleburg Heights. It has won many awards for the quality of its care and also has long had a reputation for offering some of the best hospital food in our region. (Cleveland's The Plain Dealer sent an undercover investigative reporter to area hospitals to check out the food a few years ago and rated Southwest as offering the best in the region).

We had the chance to sample some of Chef Lenio's creations for lunch (my choice was a fabulous Eggplant-Zucchini Parmigiana) and to spend time catching up with Susan about the projects her department has planned for later this year.

In the course of that conversation, one of her comments particularly caught my notice. The hospital's main café was renovated a couple of years ago and in discussing that upgrade she observed that “The hospital's employees had a lot to do with paying for that project.”

That's something you don't hear every day and I inquired further for details. It turns out Southwest has an annual program in which an employee committee identifies a single project to support that will improve the environment for hospital employees, patients and their families.

“The Emeritus Committee selects about 30 people from across the organization to participate each year,” says Shubrook. “They pick a project and find ways to raise money over the course of the year to pay for it.”

In years past, projects have included the construction of an employee atrium area and upgrades to the hospital's main lobby. In 2003, it voted to make a renovation of the café its focus.

“The servery area was pretty dated,” says Shubrook. “It had remained much the same for 30 years. The hospital has grown a lot in that time and it was really undersized for the traffic we serve every day. We'd sought funding to upgrade it for several years, but there were always higher-priority projects in the pipeline.”

On the other hand, when the employee committee voted to make the upgrade its priority, Southwest's administration had its facility planner evaluate the project and its cost. An expansion meant the removal of walls and a construction effort that would cost an estimated $600,000.

“They took that back to the committee and it became a two-year project,” Shubrook says. “In addition to a payroll deduction pledge campaign, it organized sales of holiday hams and fund-raising raffles, sold tickets in various promotions and raised $50,000 the first year. By the end of 2004, it had raised almost $90,000 and the hospital decided that, because of the grass roots support, it would cover the rest.”

Today, Southwest's servery is a fine example of how much different and better hospital food often is now than it was in days past. The food there is freshly prepared, well merchandised and served in an environment that offers employees a pleasant respite from the frenetic work schedules so typical of healthcare.

There's also a moral to this story that goes well beyond the healthcare segment. That is: even though café upgrades often pay for themselves in terms of increased sales and improved employee satisfaction, capital dollars are always hard to come by. But when an organization's own employees make it clear that this is the kind of work environment improvement they will support, it can capture an administration's notice in a way no project proposal can match.