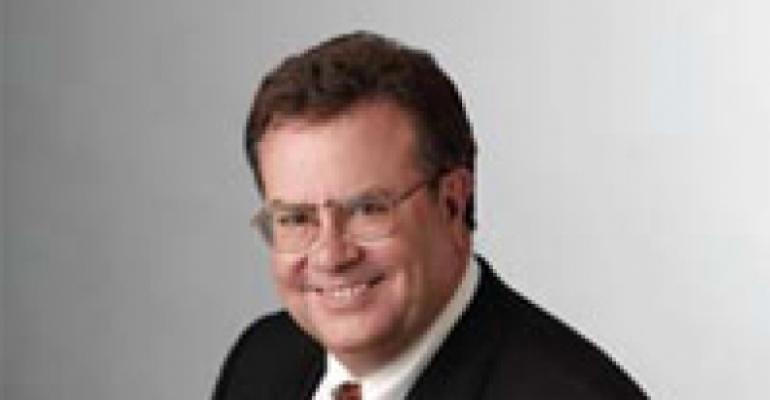 You Only Get the School Meals You Pay For

Congress and the public are having a hard time acknowledging that school nutrition is also a business.

It seems that, every year, we expect more from those who feed the children in our schools. But that, as a nation, we just don’t want to pay what it costs.

We want good school meals to be available for the kids, either because we don’t have time to pack their lunches ourselves, or because we can’t afford to do so.

We want the school meal programs to teach kids good eating and nutrition habits, and if the kids are not so inclined, to make sure they make the right meal choices anyway. For sure, we want the offerings to be a lot more sensible than what we let our kids eat at home.

We’re pretty critical of what the food looks and tastes like, too. Being “wholesome” isn’t enough—we want school foods to meet “as advertised on TV” standards.

Oh—and did I forget to mention cost?—we want school meal offerings to be priced below what they’d cost anywhere else. Many school boards set cash meal prices without any regard to the fact that they are less than the cost of production. Even if they don’t, directors often have to in order to ensure needed participation levels to support economies of scale.

We’ve provided government subsidies for school meals since the 1940s. The program has given us a great way to subsidize farmers when commodity surpluses are driving prices down. But to tell you the truth, we’re more than a little tired of hearing complaints that reimbursement rates are set by politics, not by evaluating the real costs of providing service. Nutrition directors are supposed to make the equation work...somehow. How doesn’t necesssarily concern us.

We prefer not to acknowledge it when some are forced to cheapen school meals so they can use reimbursement monies for feeding poor kids to cross-subsidize the whole program. Or that others have made their budgets balance by offering less sensible and higher priced foods in competitive, a la carte lines.

We do notice it when the media point this out, though. So we’ve recently tightened the restrictions on a la carte foods, too. The school programs will make up the losses somehow.

Yes, it’s too bad we don’t hold principals, athletic departments and other school groups to the same nutrition standards.

If you make us admit it, we do know that when these groups sell candy bars and other snacks they’re competing directly with the school meal program and cutting into its revenue base. But kids want uniforms for soccer too, you know. And the teams aren’t responsible for nutrition—the cafeterias are. Just make it happen!

Yep. We have pretty grand school food expectations even though we don’t want to pay for them. Still, those hard working school nutrition directors have managed to cope with the situation this long. There’s no reason they can’t keep on doing so.

Does this view seem a bit one-sided? Perhaps. But the issues for school meal programs are real, the nutritional regulations are getting tougher and the funding—whether from government, taxes or free enterprise solutions—is falling behind.

Last year, quite a few people thought Senator Harkin’s ammendment to the National Farm Bill had a lot of promise to help put these programs on a better financial footing.

Everyone understands that it’s hard to squeeze more money out of an over-spent federal budget. But Harkin’s proposal would have supported school food funding in other ways. It would have authorized USDA to set uniform nutrition standards applicable to all foods sold on school grounds, leveling the competitive foods playing field.

It also had the potential to bring the power of the market to bear on reducing school food costs. By supporting the idea of a uniform, national nutrition standard, it would have pre-empted local and state standards and reduced the costs for manufacturers developing products for the school market.

Unfortunately, Harkin’s amendment has since been weakened in important, subtle ways. (For example, instead of giving USDA the authority to set standards, it gives the job to Congress, a sure way to create loopholes). Such changes have weakened the amendment in so many ways that it has now lost the support of many of the institutions, manufacturers and school nutrition professionals who supported it in the first place.

Senator Harkin, Congress and the public all need to hear one message loudly and clearly: if we want to ensure that nutritious, quality meals are available to schoolchildren, we have to deal honestly with the real costs of producing and serving them. Good intentions will not pay the bills.