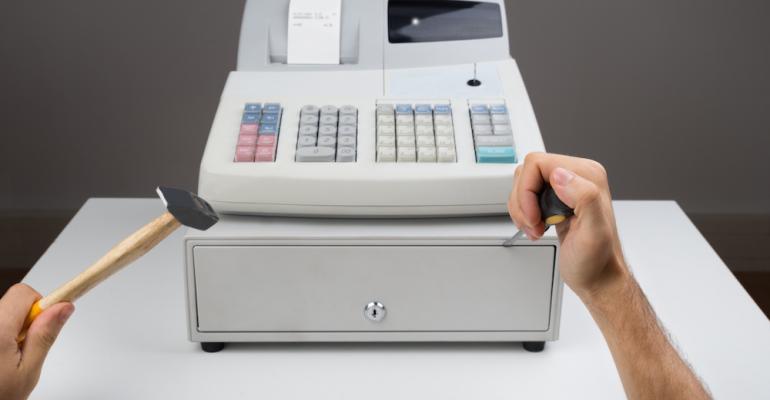 This and more are the things you missed for the week of July 11.

1. Foodservice employee charged with $1.1 million theft
A former foodservice employee at the University of Alabama at Birmingham Hospital has been charged with stealing $1.1 million from the food and nutrition services department. The employee was a financial account representative and one of his duties was to make change, i.e., if a cashier needed to break a $100 bill, he would go to the employee to get smaller bills. The change fund was supposed to go into the general fund each night. Upon an audit in 2013, the hospital found that the department’s cash fund was missing $14,000. The employee admitted—after attempts to hinder the investigation—to being responsible for the shortage and was fired. The department then conducted a more thorough investigation and found that $1.1 million was stolen between 2006 and 2013.

2. Yale dining employee resigns after smashing “racist” window
A dishwasher at Yale University has resigned after he used a broom to smash a window in a dining hall that he considered to be racist. The window was in Calhoun College, named for President John C. Calhoun, a slavery supporter. The stained-glass window depicted slaves in a cotton field. The worker admitted he shouldn’t have smashed the window, but that he found it disturbing, according to an article in the Courant. Yale issued a statement saying it would not press charges.
Read more: Yale Worker Who Smashed Slavery Window Wants Job Back

3. Tennessee’s summer feeding program under scrutiny
Tennessee’s summer and after-school feeding programs are under lawmaker scrutiny following a report last year that found that contractors were using federal money intended for the program on bonuses, home improvement and hotel movies, according to an article in the Tennessean. After the review, the state passed a law requiring the Department of Human Services to report back on its efforts to prevent fraud, waste and abuse. The department last week reported that it is making progress by implementing a new computer system to better track contractors distributing meals.

5.  Report shows English students aren’t providing free meal access to low-income students
In 2014, a new law was implemented that required schools in England to serve free meals to low-income students. Schools were initially given additional funding to do so. But a new report by the BBC found that small schools in England aren’t always meeting the requirement, especially now that the government has stopped providing the funding incentive. To further complicate the matter, the BBC report found that the government refused to publish the report showing that small schools were struggling to keep up with the mandate.

Read more: Are Primary School Students in England Getting their Free Meals? The Reportedly Hidden Reports Suggest They Don't