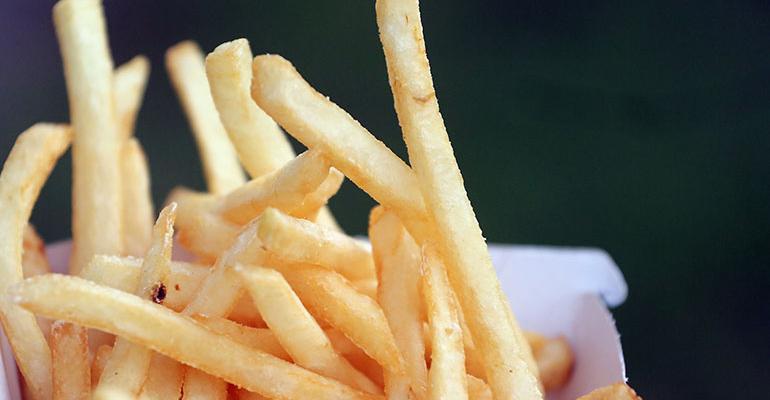 This and more are the things you missed for the week of Feb. 1.

1. Ted Cruz to bring french fries back to schools if elected
Republican presidential hopeful Ted Cruz has promised to bring back french fries to school cafeterias if elected. Cruz’s statements are aimed at the first lady’s work improving the nutritional quality of school meals, in part with the passage of the Healthy, Hungry-Free Kids Act. That act never explicitly banned french fries, however, it did call for more healthful food preparations and a variety of vegetables to be served. Many schools currently sell fries, they just aren’t fried anymore and might be made of sweet potatoes or zucchini. Cruz isn’t the first Texas politician to take issue over fries in school cafeterias: Last April, Texas Agriculture Commissioner Sid Miller wanted to eliminate a decade-old ban on deep fryers in school.

Read more: Take that Michelle Obama! Ted Cruz promises school children that if his wife becomes first lady, 'French fries are coming back to the cafeteria'

3. Change in paperwork increases eligibility for free school meals
In December, there was a 32 percent increase in students who automatically qualify for federal free or reduced price meals in California. The reason: The state is using information from another federal program, CalFresh, the new name for food stamps, to enroll students in the free school meals program. This alleviates the need for additional paperwork and processing, which is often a hindrance for parents to sign up their students for the school program. This new process enabled 86,000 new students to be automatically enrolled. This is one of many ways the USDA is attempting to increase enrollment in the program.

Read more: State says number of students approved to get free lunch is way up

5. Chicago school recipes call for no salt in food prep
Ever since the USDA released the Healthy, Hungry-Free Kids Act one area in particular has been an issue: sodium reduction. In a three-tiered approach, districts had to reduce the amount of sodium in the meals they serve kids. The first tier has already been implemented. The second tier, which was to go into effect in 2017, could be delayed if the Senate markup of child nutrition reauthorization is passed. To get a look into how the sodium reduction has played out in schools, take a look at recipes that contactor Aramark serves in Chicago Public Schools. “Continue the practice of no sodium added in any meal preparation,” is listed in those documents. For anyone who knows even the slightest bit about food, salt is a key ingredient in making good-tasting food. If we want the school food is bad message to end, perhaps we have to start by creating food that we know will taste good. And oftentimes, that includes a little pinch of salt.