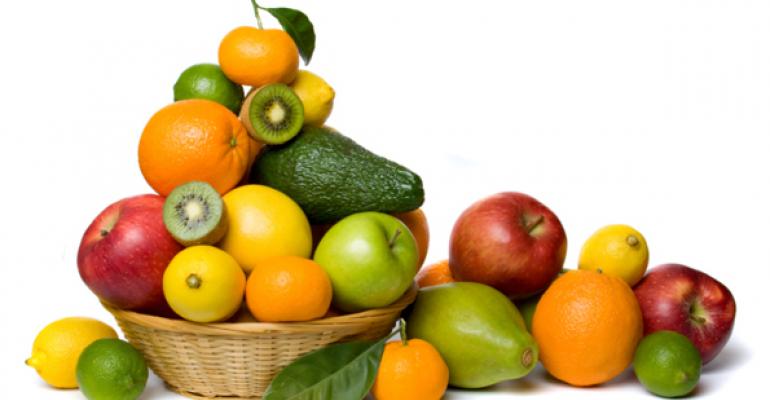 Snacking research from The NPD Group points to health concerns as driving factor in fresh fruit’s rise to the top.

Fresh fruit is climbing the charts. It’s the top snack food consumed in America, and also the fastest growing, according to the recently released Snacking in America report by The NPD Group.

Growing concerns about health and a stronger focus on eating right are the main contributors to the increasing popularity of fruit as a snack, the report concludes.

NPD’s study, conducted during a two-year period, found that fresh fruit was consumed as a snack in 10 more snack occasions a year than is chocolate, the next top snack food, and on 25 more occasions than potato chips, the third most popular snack food.

One reason is that fruit is eaten throughout the day—resulting in its inclusion in many more snack occasions than other foods, according to the report.

Another factor in fresh fruit’s status is that it appeals to all ages: Consumers 65 and older eat the most fruit, followed by children under 12, with teens (ages 13 to 17) eating the least amount of fruit. The research also shows that if the fruit habit is developed early, consumption picks back up as teens get older.

Consumers with a greater interest in healthful choices, who are shown to snack more often, count fresh fruit as their go-to snack.

The research also found that snack-food consumption is motivated by several different needs: health and weight, hunger satiety, on-the-go/convenience, routine/habit, cravings, and as a treat/reward when watching TV, visiting with friends or other social activities. Fruit is at the top of the list on each of those categories.

“Fresh fruit is a top-of-mind snack with most consumers,” says Darren Seifer, NPD food and beverage industry analyst. “Among the opportunities this trend presents to producers and produce retailers to market and merchandise fruit around the activities during which it is most likely to be eaten, usage can be expanded with packaging innovation and promotions for on-the-go activities when it’s least likely to be consumed.”

Click to learn more about the report, Snacking in America.