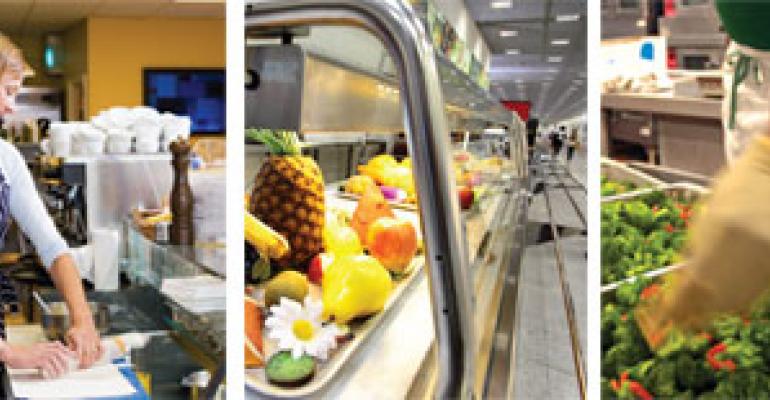 "Don't look back. Something might be gaining on you." &#8212;Satchel Paige

Last January, a well-known consultant interviewed for this annual feature observed, “I wish 2009 was already over.” That prescient thought became an almost universal sentiment over the course of the following 12 months.

It was a year in which nearly every business, household and piece of conventional wisdom was tested by an economic tsunami that only now appears to be slowly receding. In its wake: record unemployment and economic dislocation, as well as declining or lost margin, profits, savings and optimism.

The foodservice industry, an historically stalwart market even in difficult economic times, declined 3.5 percent overall, the worst performance in at least 25 years. Travel and leisure and B&I segments fared the worst, down by 11.3 percent and 10 percent, respectively, followed by full service restaurants, down by eight percent. (These numbers are from the annual Technomic forecast, revised in January).

In contrast, many onsite segments fared much better: Technomic's estimate of foodservice sales in Higher Education managed to grow 3.5 percent; K-12 and Corrections were up 3.0 percent and Healthcare was up 1.7 percent.

Still, the businesses and institutions in which onsite directors operate took one financial hit after another: dramatic declines in endowment balances … slashed state funding for education … new, stricter and more expensive nutritional recommendations for schools… absolute uncertainty about the future of healthcare reform. And as these factors took hold, dining departments found their own financial and operational models stressed by the widespread budget cutting and workforce reductions taken by their host organizations in response.

The impact has been game-changing and, in some cases, structurally weakening.

Looking ahead, most directors now are struggling with business models that must be rebuilt to cope with tighter margins, to make increased general fund contributions, to absorb additional indirect costs that are often unrelated to foodservice, and to compete for customer dollars in an environment that has become more competitive than ever before.

In short, despite projected onsite growth similar to last year's (see chart, below), most of our readers can plan on spending significant time in the coming months re-thinking and restructuring their operations. They will be looking for new ways of doing business to match the changed realities of a business environment in which it is harder than ever to obtain capital investment funds, labor efficiency, customer loyalty and bottom line dollars.

Those who succeed will focus closely on the basics: finding ways to improve participation, customer satisfaction and efficiency while focusing ever more intently on the components of value most important to existing and prospective customers (see sidebar).

In the pages that follow, we've interviewed experts with specific insights into the business trends and strategies of most significance to operators in the core onsite segments. For their insights, read on…