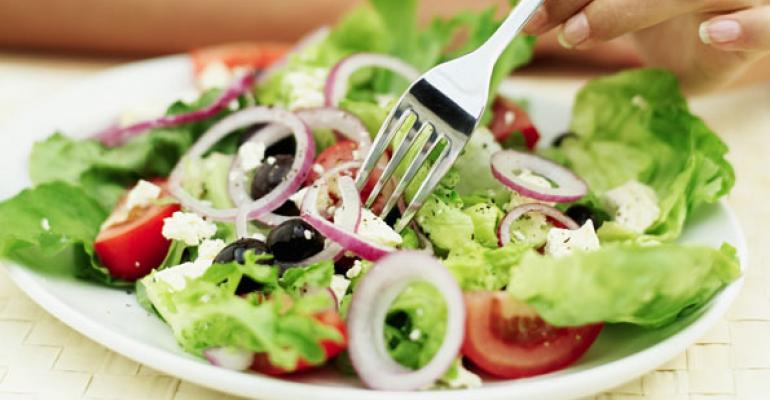 The majority of consumers feel that doing their own taxes is a simpler process than figuring out how to eat more healthfully.

“Consumers feel there is too much conflicting information,” says Marianne Smith Edge, MS, RD, LD, FADA, senior vice president for food safety and nutrition, International Food Information Council (IFIC). “Science is ever-changing. They are trying to find their way through the amount of information available to them.”

These findings and other peeks into the consumer mindset on food were revealed through The International Food Information Council Foundation’s 2012 Food & Health Survey: Consumer Attitudes Toward Food Safety, which questioned 1,057 Americans. The survey is an annual one, and tracks changes in attitudes and identifies new issues of concern.

Among other findings, the survey indicates that six out of ten consumers believe that online tools can help them eat healthier and live healthier lifestyles.

“Technology may be the lifestyle coach of the future,” Edge says.

“Year after year, taste and price have the most impact on the decision to buy food or a beverage,” Edge says.

What Consumers are Looking at On Labels

“Consumers are taking an active role in improving their health by looking at labels, but they find the information to be confusing,” Edge says, adding that consumers now look more at front-of-package labeling, such as a “whole grain” or “low fat” symbol on the front.

The confusion stems from conflicting information from the media; consumers say they feel they can’t keep up, citing the “eggs are bad…now eggs are good” example, with 60 percent trusting information they have either “researched themselves,” or because they “trust the source,” or “trust their own judgment.”

In regards to specific label issues:

Sodium. Six out of ten Americans consider the sodium content of packaged foods—almost always due to a desire to limit or avoid it entirely.

Low Fat. Lowering fat intake is important to Americans. Three out of four say they try to eat as little fat as possible, even though a large majority understands that different fats can have different impacts on health.

HFCS. More than four in ten say they are trying to limit or avoid high fructose corn syrup (HFCS), an equal number say they don’t pay attention to complex or refined carbohydrates when making packaged food or beverage decisions.

Consumers’ perception of their own health seems to be at odds with other realities addressed in the survey.

For more information on the survey, go to www.foodinsight.org