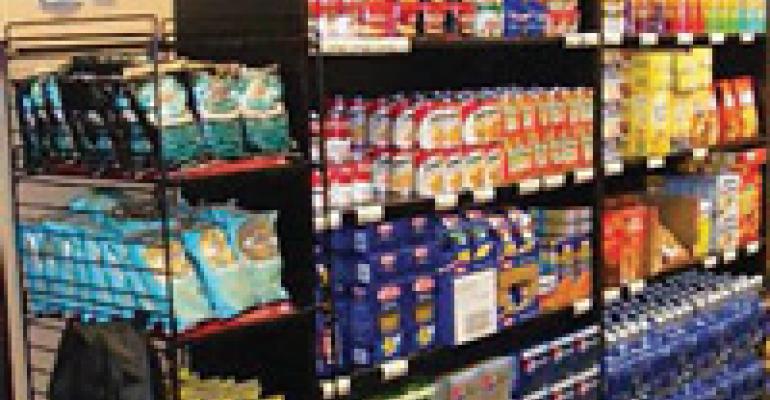 Eagles Nest replaced a previous campus c-store called the SNAX Station that had been built on a shoestring budget, was small and confined and overshadowed by the nearby TRAX foodservice operation with its high-volume pizza, sub and salad offerings. SNAX suffered from limited square footage, inadequate shelf space and a footprint that didn't allow expansion.

The solution: move the store and expand it to 520 sq.ft. by taking some space from a modified TRAX. The result: extra room and shelf space that, along with hand-held scanners that speed checkout, has allowed sales to increase and gave added promotion opportunities. The design allows for easy navigation with organized shelving and clearly labeled sections, and there is now enough space for item displays when in-store promotions and contest are offered.