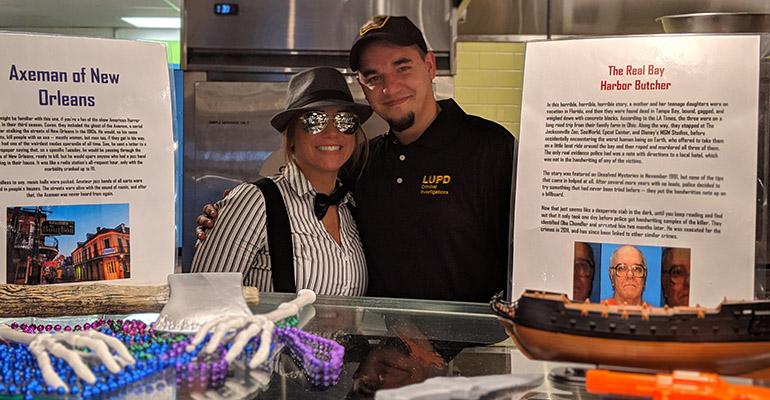 Lehigh Dining/Sodexo
The cop/chef teams went all out with their themes, even dressing the part.
Operations>Marketing

Sometimes the relationship between university students and campus security can be a bit distant if not somewhat hostile. Which is why a recent cooking competition at Lehigh University in Bethlehem, Pa., was an important event beyond just the traditional role of such activities to help break the monotony of a long school year.

At the Lehigh “COPetition” event, members of the campus security force—including the chief and assistant chief—paired with Sodexo dining staff chefs in a cooking competition where the winner was determined by the vote of students watching the preparation activities and sampling the results. To add even more fun, each of the five cop/chef teams picked a classic TV crime show as the theme of its station and of its dishes. 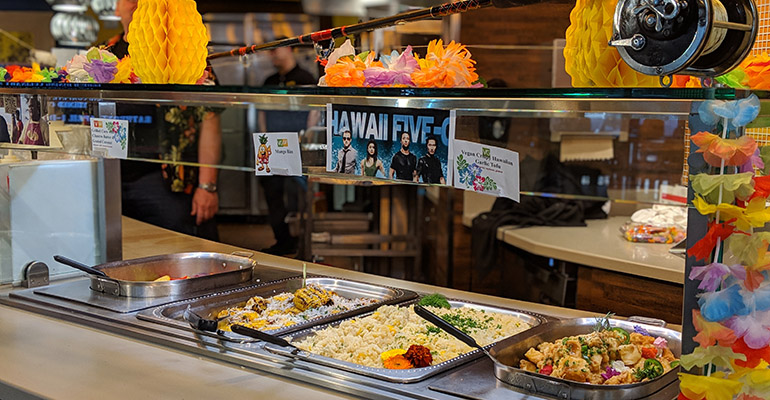 “This has been building over the last few years,” observes Lauren Sleeger, director of the Rathbone Student Restaurant, where the event was held. “We have an amazing relationship between the police officers and dining, and we were trying to figure out a way to make this a practical competition rather than just something thrown together.”

The teams were determined by drawing names and which station they’d work from in Rathbone, a multistation all-you-care-to-eat dining facility, “so they had to gear their menus to the station where they were located,” Sleeger explains. 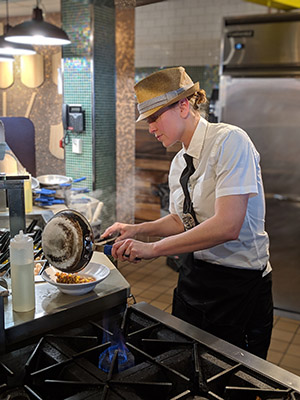 Photo: The cop/chef teams created their own dishes with complete freedom to use whatever ingredients they wanted. Courtesy of Lehigh Dining/Sodexo

There were no other restrictions or mandatory products they had to use.

“The chef and police officer basically had free rein to determine their theme, their menu and their decorations,” Sleeger says. “It was totally on them and most of them really went all out with costumes and everything. It was a lot of fun.”

Some 700 students passed through Rathbone while the event was being held the evening of April 1, Sleeger estimates, with about half of them casting votes. “You could tell the students really responded because you could see them texting their friends, saying ‘You got to come here!’ and ‘Check this out,’ which is often how news spreads even though we had marketing for it.”

The event was also fun for the participants, she says, noting that there is already talk about repeating it at some point.

“[The police participants] came in right at the beginning of the prep shift, at 12:30, then worked through the entire day, prepping side by side with their chefs,” she says. “It really gave them an understand of how hard our dining services staff works and everything that goes into making our meals every day.”