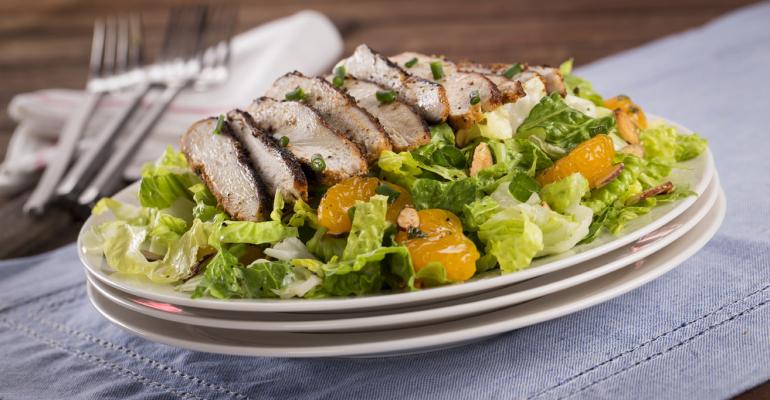 Sodexo &#39;In My Kitchen&#39; program gets up close and personal with celebrity chefs And also highlights Sodexo&#39;s own chefs

Watching Trisha Yearwood’s TV show, Trisha’s Southern Kitchen, you can’t help but feel like she really is that nice, that down-to-earth, that…down home. She makes classic Southern dishes in creative ways that still feel authentic. In an effort to bring some of that down-home flavor to thousands of onsite cafes, Sodexo has partnered with Yearwood as part of ‘In My Kitchen.’ It's a series designed to celebrate not just TV stars, but chefs with star quality from Sodexo’s kitchens.

"I have always associated really good food with really good company," Yearwood says. "If you're with people you love, and you're having fun and loving life, great food is almost like another guest at the table."

Yearwood had a culinary jam session with chefs from Sodexo and developed a collection of recipes that will rotate over a two-to-three week period. The recipes ended up being a good representation of Yearwood’s style, and have created excitement in many cafes. Her Sweet and Crunchy Blackened Chicken Salad (above) is a good example of her cooking style.

About 3,500 Sodexo accounts are participating, running the partnership at cafes in B&I locations, colleges and universities and healthcare facilities. Other celebrity chefs have participated, including Virginia Willis, Marvin Woods and Barton Seaver (one of his signature dishes pictured below: Orange-Scented Salmon with Jasmine Rice). 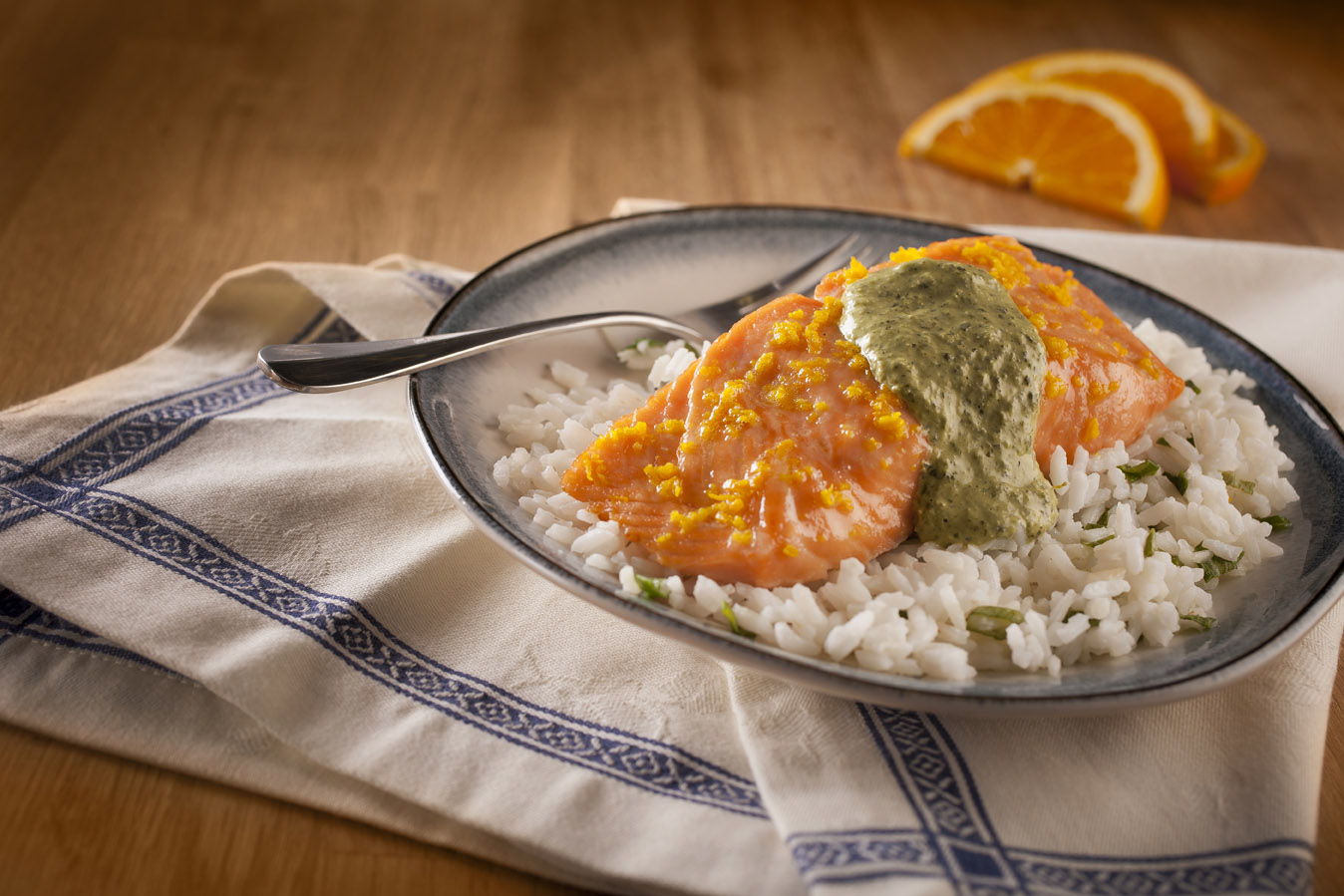 But it's not just about celebrities. Sodexo aims to highlight their own stars, too: "They are Sodexo chefs: working in the kitchens of the places where you work, go to school, visit a loved one in the hospital, and so many more places. Though their names might not be as recognizable as the chef who yells, 'Bam!' or the chef who does 'Throwdowns,' their dedication to their craft and passion for serving delicious, inspired meals is just as great," according to the Sodexo In My Kitchen website.

Sodexo’s Executive Chef at Texas Lutheran University, Ernest Servantes is one such featured chef. He specializes in New American Cuisine but with Texas flair. Servantes has been named Food Network’s Chopped “Grill Masters Champion” and is one of the Destination America “BBQ Pitmasters.” Servantes' featured signature dishes for the In My Kitchen program included a Chipotle Chicken Fajita Wrap and a Grilled Chicken Sandwich with Jicama Slaw.

Yearwood’s Orange-Glazed Pork Medallions can be found right now in Sodexo cafes. Her Chicken Spinach Lasagne was featured earlier in the promotional campaign. Digital signage, take-home recipe cards and internal contests for operators who execute the program best are also part of the promotion.

Now in the planning phases for January of next year, Sodexo’s customer insights team is evaluating trends and themes for the In My Kitchen program, which will spotlight Mai Pham and Roberto Santibanez.