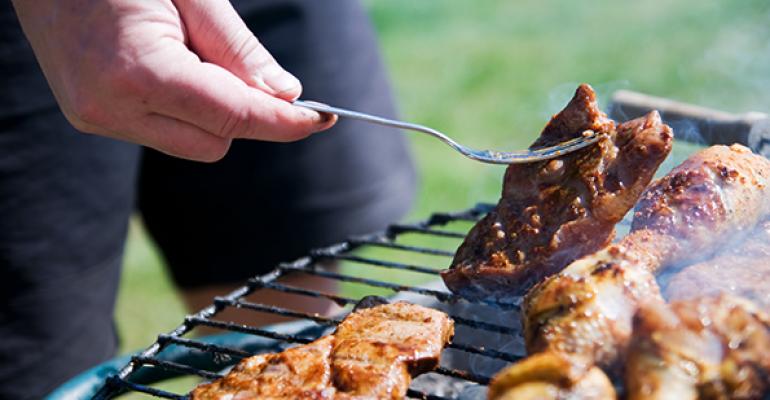 Eating BBQ with a beard requires ‘game plan’
Lots of guys are fully committed to the beard trend, with wilder and woolier beards seemingly here to stay (along with hashtags like #beardlife). Which leads us to a problem: what if you have a good-sized beard and love BBQ? “You didn’t grow that beard by accident and that pitmaster didn’t spend 12-plus hours on the best ‘cue you have ever eaten just for it to end up lost on your face,” says Josh Black, vice president of the RVA Beard League, in Richmond Magazine.

What’s cooler than cool?
Vanilla, chocolate, strawberry…those are still Americans’ favorite ice cream flavors. But lately, ice cream has gone more into the realm of durian banana, salt and pepper, olive oil, stout and brown butter, foie gras, chorizo and poutine. Yes, poutine. “Modern-day diners are looking for ice creams that are just as innovative as a chef’s tasting menu,” according to a recent article at eater.com

Cartagena’s ‘deep dish pizza’ of ceviche
When most of us think of ceviche, we think of the Peruvian version: raw seafood cured with citrus. But Kenji Lopez-Alt of seriouseats.com makes the point, “the Columbian stuff is different, [and not technically ceviche, because it’s not raw.] It’s made with cooked shellfish and shrimp, langoustines, lobster, oysters, octopus, periwinkles or whatever gets dragged up that day—dressed with lime juice, ketchup, mayonnaise…”

Get the recipe for this intriguing seafood snack >>