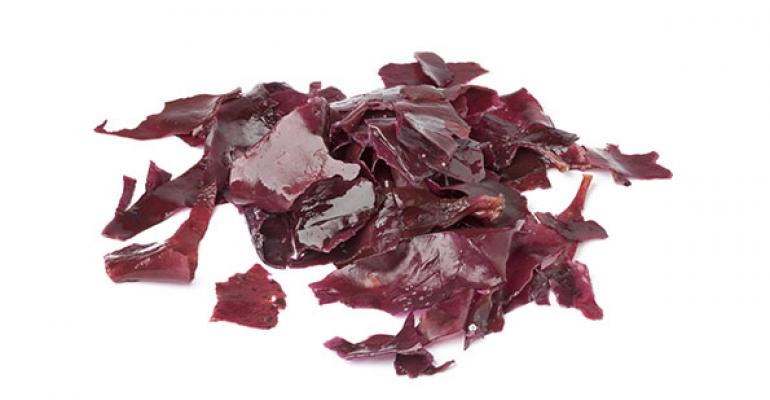 3 Quick Bites: Tastes like bacon but healthier than kale?

Is this for real?
It tastes like bacon, isn’t made with animals and is healthier than kale. Say what? Described as “God’s vegetable” by scientists, dulse seaweed is a variety of seaweed patented by researchers at Oregon State University. According to Fast Company, “with its savory, umami and salty taste, it’s sort of like bacon…it probably wouldn’t be mistaken for meat in a blind taste test. But pan-fried in a little oil? It’s crispy and delicious.”

Learn more and get ready to make an S(eaweed)LT >>

Hungarian hot sauce wins big
“Spirit of Attila” chili sauce proved that Hungarians can bring the heat at the World Hot Sauce Awards. Held in New Iberia, La., the competition saw 284 products from 14 countries competing in 49 categories. “Attila” won for the third-strongest category, Hot Sauce/Hot. The sauce is made from two kinds of fiery peppers: the spirit csilibol and the Naga Dorset.

Comic book-to-table sandwich
Bee and Puppycat is a comic about a 20-something woman who loves food and has a half-dog, half-cat companion. Included in the book is a comic recipe (new genre?) for Bee’s Perfect Sandwich Recipe, and Jesse Doogan of bookriot.com set out to try it. “It has just about everything you’d want in a sandwich: fried eggs, goat cheese, smoked salmon, avocado and baby spinach,” Doogan writes.