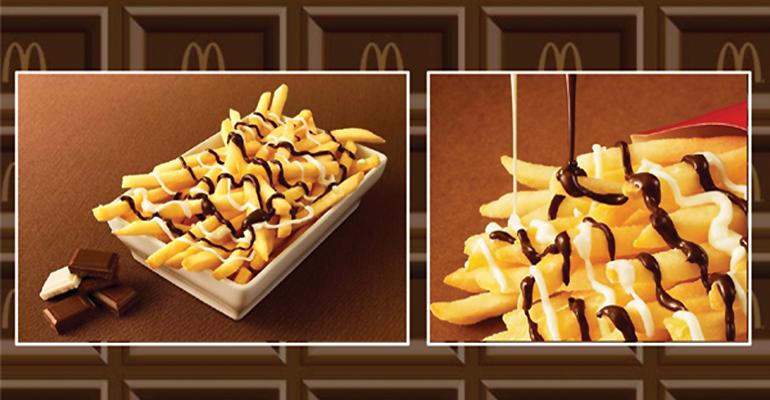 The fries you wish were coming to a McDonald’s near you
In a perfect storm of salty, sweet and guilty pleasure, McDonald’s fries just got especially irresistible in Japan. McChoco Potato is “an order of french fries served with white chocolate and cacao-flavored sauces,” according to CNN. And it turns out there are other international McDonald’s menu items that honestly sound really good: the McLobster sandwich in Canadian stores, the Mexican McMuffin with refried beans and the McAloo Tikki sandwich with a potato-and-pea patty in India.

Read more about the McChoco Potato >>

What is “nooch” and should you be eating it?
“Nooch” is gaining traction on healthful menus. You may remember it as nutritional yeast being sold by a hippie at a local health food store. Although it can “actually resemble fish food,” according to U.S. News & World Report, “nooch” is getting rebranded as the hot item to add to popcorn, salads, even mac ‘n cheese.

A literally buzz-worthy billboard
In the world of sweet ad campaigns, the latest thing catching the attention of Ad Age is a billboard for Honey Nut Cheerios. It’s made of 100,000 bees. The “living billboard” is tended by a Florida beekeeper, and the honey produced from the billboard will go into the cereal.