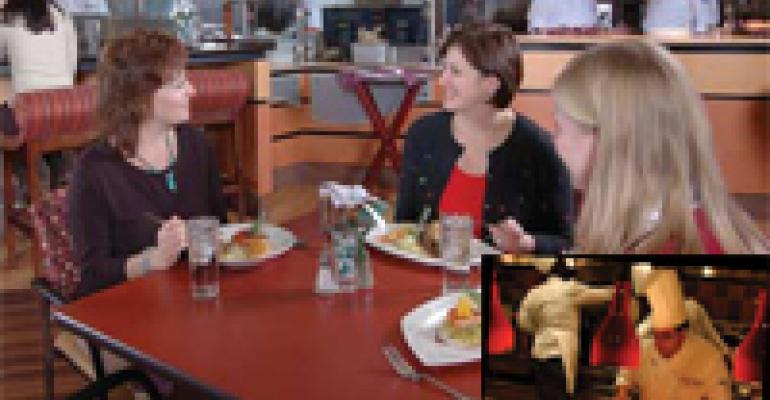 The traditional mission of noncommercial foodservice was to serve the customer by providing a dining amenity. Generally, this was done by offering good but not great food at subsidized prices.

This is still in many ways the operating principle, but it is also giving way to an alternate definition that recognizes the changes in an increrasingly retail-oriented world: that serving the customer may mean not so much providing good-but-not-great food at great prices, but providing a range of conveniently accessible dining options at a range of prices.

Summa Health System in Akron, OH, offers an extreme example of this. In the hospital’s retail cafeteria, among the standard-priced offerings there sits a regular 99-cent menu.

“We have that because we have a population of low-wage workers who need to have a dining option,” says Don Smith, director of food, nutrition & retail services.

At the other extreme: Virtues, a sit-down restaurant operated by Smith’s department on the premises, and dedicated to meeting the needs of those who wish to have a more upscale dining experience. In contrast to the 99-cent menu in the cafe, Virtues pushes some entree prices over $20 and many others over $15. Smith says he has hopes of boosting check averages higher with a liquor license, though to date the sales in this area (around $2,500 a month) have been minimal.

The restaurant competes head-on with the street, and is actively promoted to outside customers, who make up 40 percent of lunch business and 30 percent of dinner business (Virtues is open 11 am to 10 pm Monday through Saturday) after a year-and-a-half in operation (the restaurant has its own entrance, so outsiders don’t have to “walk into a hospital” to go eat there.) The outside business augments the in-house business to make the operation viable, so winning more walk-ins is critical.

“Word of mouth is our biggest ally, though we also have a radio promotion and road signs and participate in special events like art festivals to get our name out there,” Smith says. Currently, customer counts in the 102-seat eatery average about 160, the majority at lunch.

In between the 99-cent menu and the (relatively) upscale prices at Virtues lies the standard selections in Summa’s retail cafeteria, where entree prices generally max out at around $5.95, though specials can push that higher. Currently, annual sales at the cafeteria are running at around $1.8 million. Other retail foodservice is available at branded Einstein’s Bagels and Starbucks outlets

Virtues was meant to cover an unserved segment of the in-house market, says Smith. “I had already covered my medium price point and I wanted a higher end price point. So I had differentiation and was able to address all the needs of the market.”