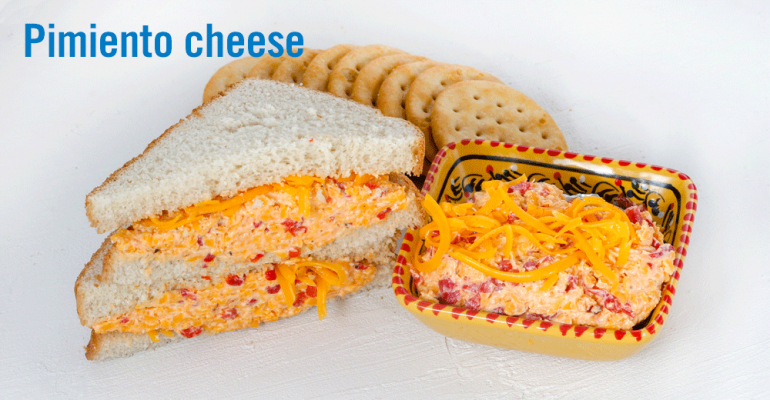 Start Slideshow ›
The dip/spread is up 65% in U.S. menu mentions over the past four years

In its basic form, pimiento cheese is a quintessential Southern staple. It’s a dip or spread typically made with sharp cheddar cheese, mayonnaise and pimiento peppers. These peppers (commonly spelled pimento in the South) are mild and sweet, coming in at the lowest possible rating on the Scoville scale. The appearance of pimiento cheese on menus in the United States has risen by 65% over the past four years, with awareness highest among Southerners and people who describes themselves as “foodies.”