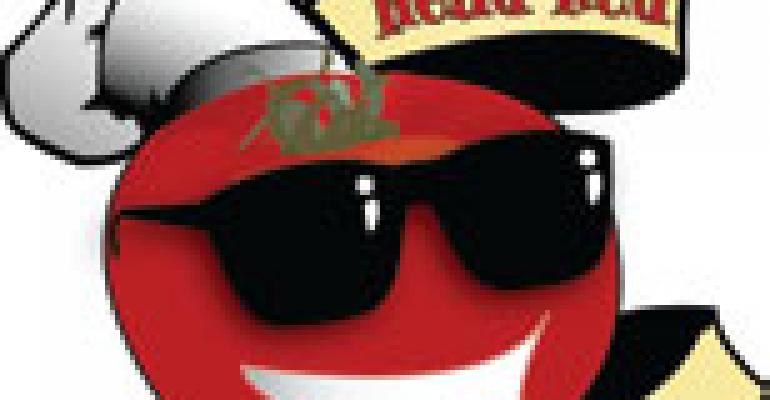 Food Feature: Off the Pie Charts

While the battle between the New York slice and the Chicago deep-dish still wages on, customers have come to expect many more pizza and flatbread options today than ever before. Ethnic and “fusion” varieties have become common, giving operators higher price-point opportunities and daily or weekly rotations, in addition to standard pizza offerings.

Since the University of North Carolina Hospital in Chapel Hill took control of its own pizza operation (formerly, it had been run as a branded franchise) in February 2007, the facility went from selling 30 to 120 pizzas per day. “We upgraded to a better, fresher, more consistent product,” says Angelo Mojica, director of food and nutrition services for UNC Hospitals. Mojica attributes his pizza success to upgraded ingredients and a wider variety.

Pizza pie inspiration comes from the commercial world for some. When Hayward, CA, Unified School District director of food services Al Schieder sees a new pizza by Round Table Pizza, a California-based chain, his gears start turning. He piggybacks on Round Table's advertising by creating close facsimiles with the same appeal. The pizza chain inspired the schools' Garlic Chicken, BBQ Chicken and Hawaiian pizzas.

Schieder says he relates to the way Round Table Pizza thinks about pizza. “It's California. They are proud of being fresh. They don't have freezers in their locations,” he says.

Schieder follows that theme by making the pizza dough fresh each day from the central kitchen (to the take-and-bake level) for the five middle schools and three high schools. Rather than buy frozen dough, his staff makes it up from a mix that only requires the addition of water.

“If you follow the instructions, you can make it in a short time. Our issue with pizza is that it has to be fresh,” Schieder says. The only challenge is that operators are used to baking par-baked pizza crusts at 325°F. His fresh dough requires 475° to 500°F in the convection oven for six or seven minutes.

Taking a peek at the Los Angeles-based California Pizza Kitchen's menu gives creative-topping ideas to John Biswanger, director of nutrition and food service at Lakeland Regional Medical Center in Lakeland, FL. The hospital rotates through 37 kinds of pizza over a four-week period he says, though he admits that out of the 53 pies usually sold each day at lunch, all but about 10 are basic flavors.

But one stands out for its heftiness and perceived value — the Stuffed Pizza. Between two layers of crust, the pizza hosts spinach and three kinds of cheese and a side of marinara sauce to spoon over the top. “It's a true, double-crusted pie and it doesn't cost more. It's $3.95 per slice, which is what we sell any pizza slice for,” he says.

On the opposite end of the hefty stuffed-crust spectrum lays success in a thin-crust program for a few of Chartwells' (Compass Group) Midwest higher-education accounts. Called “Tomato Head Reds,” complete with a shades-wearing tomato character, the brand showcases cool pizza types, starting with fresh, crushed tomatoes and herb seasonings rather than canned pizza sauce, says Larry Posen, regional chef, Central Division for Chartwells. “We use raw, fresh pizza dough pressed very thin, and we're using it only in a deck or brick oven because of its ability to provide much better texture to the crust.”

Many of the pizzas utilize the same ingredients, but with different flavor profiles. For example, in the realm of chicken, there's Tandoori Chicken Pizza, which features grilled breasts marinated with tandoori paste for the Indian profile and including red and green peppers, onions and fresh-seasoned tomatoes. There's also Jamaican Jerk Chicken, Buffalo Chicken, Thai Chicken and the Kansas Barbecue Pit Stop Pizza with grilled chicken, barbecue sauce and red onions.

One Tomato Head Red favorite is Crossin' the Border, which combines seasoned taco meat with a blend of five cheeses, red pepper, jalapeno peppers, salsa and cilantro. The Gilly's Rueben Pizza features “a little herb oil and special red sauce with red snappy seasoning. Then we use sauerkraut, corned beef and Thousand Island dressing when it comes out of the oven,” Posen says. In one school, as many as 500 pizzas sell a night between 6 p.m. and 1 a.m.

He notes that the ethnic ingredients have as much to do with acknowledging the student customer base and where they are from as adding intrigue to the flavor profiles.

To infuse flavor, the dough is marinated overnight in olive oil, garlic and spices. “We fold it in half and run it through an impinger oven. We don't seal the edges. We sprinkle a bit of Parmesan cheese and sesame seeds on top after it's folded. After it comes through the oven, we take it off and put it under a warmer,” he says. From there, guests can choose a California chicken, Mediterranean, Virginia ham club or pesto chicken panini pocket. “But they pick options they want. If they don't want the spread or onions, they just say so,” he adds. “The station displays very nicely visually; the sandwich is very attractive and commands a good price: $4.50, which includes a side salad.”

While pizza always is popular, flatbread is where it's at in many of Compass Group's B&I segments, says Will Chizmar, EVP marketing for Eurest Dining Services. A year ago it introduced its Flatbread Phenomenon program to touch three dining occasions: Flatbread Folds for breakfast; Mediterranean Flatbread for lunch; and Flatbread Pizzazz for catering. Sales have been so successful, Chartwells, Flik and Restaurant Associates accounts have adopted the program. The flatbread foundation is a very thin, frozen, 12×12", white flatbread sheet made specifically for Compass Group.

Robert Maluso, a Eurest Eastern Division chef in Washington, PA, couldn't be happier with the product and the program. The Flatbread Folds drive breakfast sales as guests view the portable sandwiches as a healthier, low-calorie alternative to croissants, biscuits and English muffins. The large flatbread sheet is cut into thirds to make 12×4" grilled and folded sandwiches, which can be filled with any number of breakfast ingredients, including eggs, sausage, tomatoes and peppers. The program is flexible enough to be used at grill, pizza or build-your-own mise en place stations in small, medium and large units, Maluso says. Two of the popular combinations are Southwestern Folds with scrambled eggs, Monterey Jack cheese, chorizo sausage and salsa and Philly Cheese Steak Folds with fried egg, steak, provolone cheese and caramelized red onions.

Because of its higher perceived value, the portable breakfast alternative can sell for as much as $3.29, breaking away from the traditional $2 price point, Chizmar adds.

At lunchtime, the Mediterranean Flatbread program works wonders as a seasonal, upscale pizza alternative. It also begins with a 12×4", thin flatbread crust that turns out light and toasty when it's sent through an impinger or Turbo Chef oven. However, “we prefer our folks to do it in a wood or gas pizza oven,” Maluso says. Creative toppings include a tossed Caesar salad added after it's been baked; artichoke and goat cheese; and asparagus and potato.

“We do not want this to be tomato sauce, pepperoni and mozzarella cheese. It's about driving perceived value and price point,” he says. Instead, sauces might be walnut pesto, pine nut pesto or cilantro pesto, and other ingredients might include spinach and feta cheese or shrimp scampi or gorgonzola cheese with pears.

Finally, the Flatbread Pizzazz catering application keeps the flatbread at 12×12" with a box specifically designed for it. “It competes with the business function that may order 10 pizzas for a group. Now they may order 10 Flatbread Pizzazzes as a healthier, upscale and more current option with higher perceived value,” Maluso says. “We keep driving the point to not top it like a meat-lover's pizza.” Bolder flavors might include fresh basil sprinkled on after it's cooked or roasted garlic. If it does have pepperoni on it, the meat is cut thicker for the value.

At Boston College in Chestnut Hill, MA, flatbread pizza is at the center of a new yet-unnamed program that is bringing dining staff and students together in a sustainable learning experience.

After attending a Real Food Challenge conference promoting the importance of purchasing and consuming food that supports local growers and the local economy, a group of students met with the dining staff. Emboldened by the experience, students demanded that certain sustainable food criteria be met, says Helen Wechsler, director of dining services. “We told them that we already do some of those things. Others, we'd love to do, but we needed to know their peers were interested,” Wechsler says. “So basically, we agreed we would and said to them that if they could come up with some guidelines of what they thought was important and we could agree, we'd take it from there. Bottom line, they want good-tasting, environmentally sound and reasonably priced food.”

When the new menu rolls out, both white and whole-wheat flatbread pizzas on very thin crust will be offered. Each crust will be lightly brushed with pesto or green garlic oil and might include locally grown tomatoes, which will be made into sauce at the end of the season to extend its use after the season ends. “We will have an organic salad station with free-range chicken and marinated pressed tofu. We'll be able to put the salad on top of those pizzas. We think the chicken Caesar salad on flatbread with garlic herb oil will probably be a signature item,” she says, explaining that the crust likely will be baked in an impinger or high-speed combi oven. The cheese will come from an already identified local cheese maker.

While Wechsler is as excited about the program as the students, she is a bit more realistic. “I've said, ‘It works for September and October. Now what happens in December through February when these things aren't available? Are we really sticking to this? Are we really not going to have fresh tomatoes?’ And the students say, ‘I never thought about that.’ I'm hoping it's an opportunity to say to the students, ‘and this is why,’” she says.