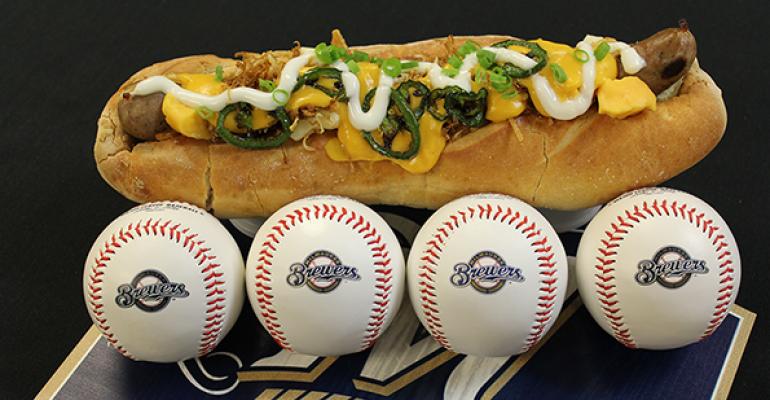 Every year, it seems, the lineup for sports concessions grows more and more outrageous and the grand old game is no exception. Major League Baseball may have cracked down on players bulking up with steroids, but something is still juicing the offerings at concessions stands and ballpark restaurants.

Of course, not every new offering at baseball parks being introduced for the 2015 season is a culinary freak. Many are eye-catching because they are inventive, innovative or incongruous to what was traditionally considered “ballpark food.”

What follows is a culinary tour of some of the more interesting—and bizarre—items being introduced this year at the National League’s 15 ballparks.  For a roundup on the American League, go here.