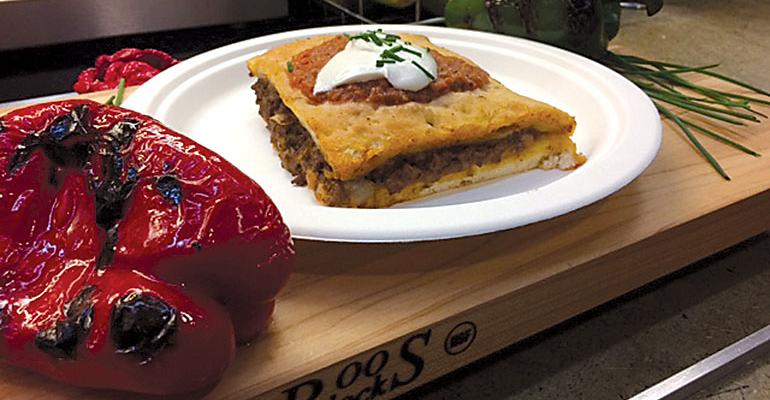 Modern Mex gets a face-lift

Deep, rich moles mingle with goat cheese and pickled slaw on a local beef taco. Traditional salsas are spiked with peaches. Tortas get the East Village treatment. Innovations with Mexican food are happening here and now.

“All of our tacos have a modern twist or an upgrade to them,” says Jim Bolan, director of operations with Bon Appétit at Case Western Reserve University in Cleveland, where the Local Tacos concept opened last fall, replacing a wayward pizza concept in Tomlinson Hall. Bolan and his team got the Mexican inspiration by visiting a taco joint in Alameda, Calif.

There’s even a taco pie on Fridays, an update to the Tex-Mex creation that’s part-casserole and made with pizza dough. The selections are resonating with customers; sales are up 14 percent, Bolan says. “There’s always a crowd waiting for taco pie.”

While menu items are definitely made up of creative twists and updates, the main mission of the concept is to use products from local farms. That includes ground beef from New Creation Farms, pork from Miller Livestock and taco shells from a nearby distributor.

“If you go through all the trouble to get these ingredients, and then roll it out with a generic taco shell, that kills the experience,” Bolan says. “They get it right in California, but too often in the Midwest, we miss the boat.”

The Torta Collective
Gabriel Ochoa, district chef with Eurest Dining Services at Sony Electronics in San Diego, recently developed the Torta Collective, a cross-location pop-up concept that put the spotlight on the Mexican sandwich that doesn’t get nearly enough play north of the border. 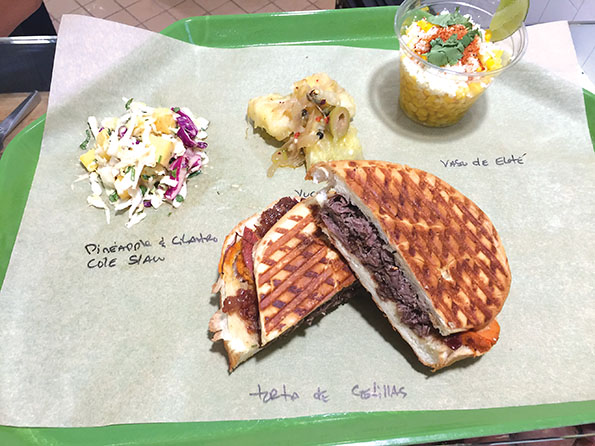 Students overwhelmingly chose the spicy chicken taco with peach and onion salsa over the traditional beef taco, citing its “fresh and clean” flavors, Cowens-Gabarro says, adding that frozen peaches are fine to use in the winter months.

The district, which cooks about 70 percent of its menu items from scratch, makes its own proprietary blend of taco seasoning, “and that makes a huge difference in sodium levels and flavor, too.”

Currently, the kitchen team is working on more spice blends for Mexican lunch dishes. So far, along with the usual suspects of cumin, oregano, chili powder and granulated garlic, Cowens-Gabarro says chipotle chili powder can really add some nice heat and smokiness.