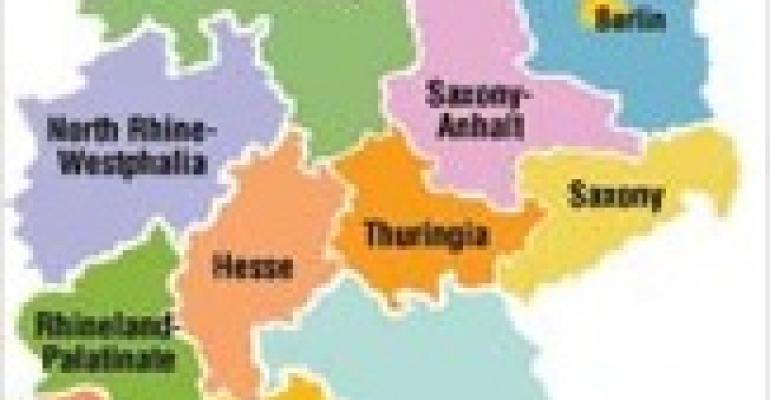 German food can be a tough sell these days. It pleases neither carb-conscious nor low-fat diners and has a rather unfashionable reputation. Classic German conjures up images of wurst, roasts, stews, dumplings, strudels and marzipan. It's delicious, but by no means light.

That's not to say all German cuisine is a hymn to carbohydrates and fat, however. In fact, such heavy fare no longer dominates contemporary German menus.

Instead, modern German cuisine, otherwise known as Neue Küche, is more varied and balanced than one would at first suppose. It is typified by refinement and a lighter, more healthful touch. As the kitschy German restaurants serving sauerbraten and schlag have steadily wilted away, a new generation of German chefs, who punctuate tradition with contemporary trends, are filling the gap in the gastronomic landscape with lively urban beer gardens, authentic German bakeries and fusion-inspired menus.

In fact, trend-conscious German cooks such as John Besh, Hans Röckenwagner and Marcel Biró are serving full-flavored speise (food) with fresh, local, and in some cases, even organic ingredients.

Howdy Neighbor
Its no surprise that bordering countries have had an influence on Germany's many regional cuisines. With food-famous neighbors like France, Switzerland and nearby Italy, influence is inevitable.

Cooking in the north tends to reflect the customs of nearby Scandinavian countries, with an emphasis on meat and potatoes. With its maritime tradition, seafood and fruits are popular in the northwest. Rhineland in western Germany, home of the sauerbraten, features dishes that have made Germans the subject of good-natured repartee. In the south, a lighter cuisine can be found with strong influences from nearby Italy and Austria.

In modern Germany, breakfast is typically of the continental sort. Lunch is the most substantial meal of the day, with a light evening meal replacing a heavy dinner. The evening meal is called Abendbrot, which literally translates as "evening bread."

A typical Abendbrot consists of a variety of deli cuts and local variety soft-ripened cheeses, spreads and relishes, accompanied by a selection of robust brown and multigrain breads and a selection of fresh vegetables. This buffet-style selection is attractively arranged on a wooden tray or board.

Crunchy on the outside, dark on the inside, light or grainy, German bread varieties abound. Distinct colors, nutty tastes and moist, firm textures are achieved by slow baking in steam-heated ovens.

The Meat Packing district
Besides bread, wurst is the second essential German staple. Wurst does not only mean sausage, but also stands for the hundreds of different types of processed meat that can be enjoyed as slices or spread on top of bread.

Germany's top hams are known the world over as the ultimate in sliced and cured pork products. Great attention is paid to animal husbandry, with top breeds providing fineflavored and succulent meat.

Modern Menu Maybe's
When thinking about German food, most people imagine sauerkraut, massive sausages, and foaming mugs of beer. That's by no means the whole story. Two of the most popular menu items more frequently appearing on mainstream menus in top restaurants are spaetzle and red cabbage.

German pickled red cabbage is high in nutrition and low in calories. It goes well in sandwiches, soups and salads, and sometimes comes pickled with apples for extra sweetness. Try red onion or mustard-caraway sauerkraut.

What to pair with sauerkraut? Wurst, of course. Try juicy bratwurst tucked into a kaiser roll, liverwurst seasoned with a hint of spice, slim würstchen or even currywurst. Looking for a modern spin on the wurst? Try tortilla wrapped brats with mustard sauce and apple fennel sauerkraut.