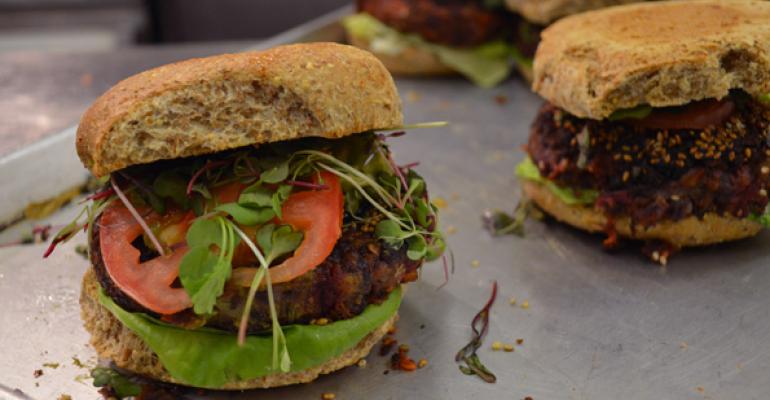 Not Your Grandma’s Veggie Burger

Placing a plain veggie burger on the menu used to be enough to satisfy vegetarian customers. Those days are gone, thanks in part to creative chefs like the alumni of the Natural Gourmet Institute who recently competed in a Meatless Monday veggie burger contest.

Three NGI grads were chosen from a field of alumni entries: Shruti Jain with the Wasabi-Spiced Adzuki Burger; Alyssa Loscalzo with the Caramelized Cauli Burger and Kaitlin Maritato with the BBQ Tempeh Temptation Burger.

“It was exciting to see the veggie burger reinvented in such imaginative ways,” says Peggy Neu, president of the Monday Campaigns, who served as a judge at the competition, along with Mark Rosati, director of culinary development for Shake Shack and Neal Harden, executive chef and partner of Pickle Shack. “All three contestants used ingredients and spices that were surprising and absolutely delicious.” 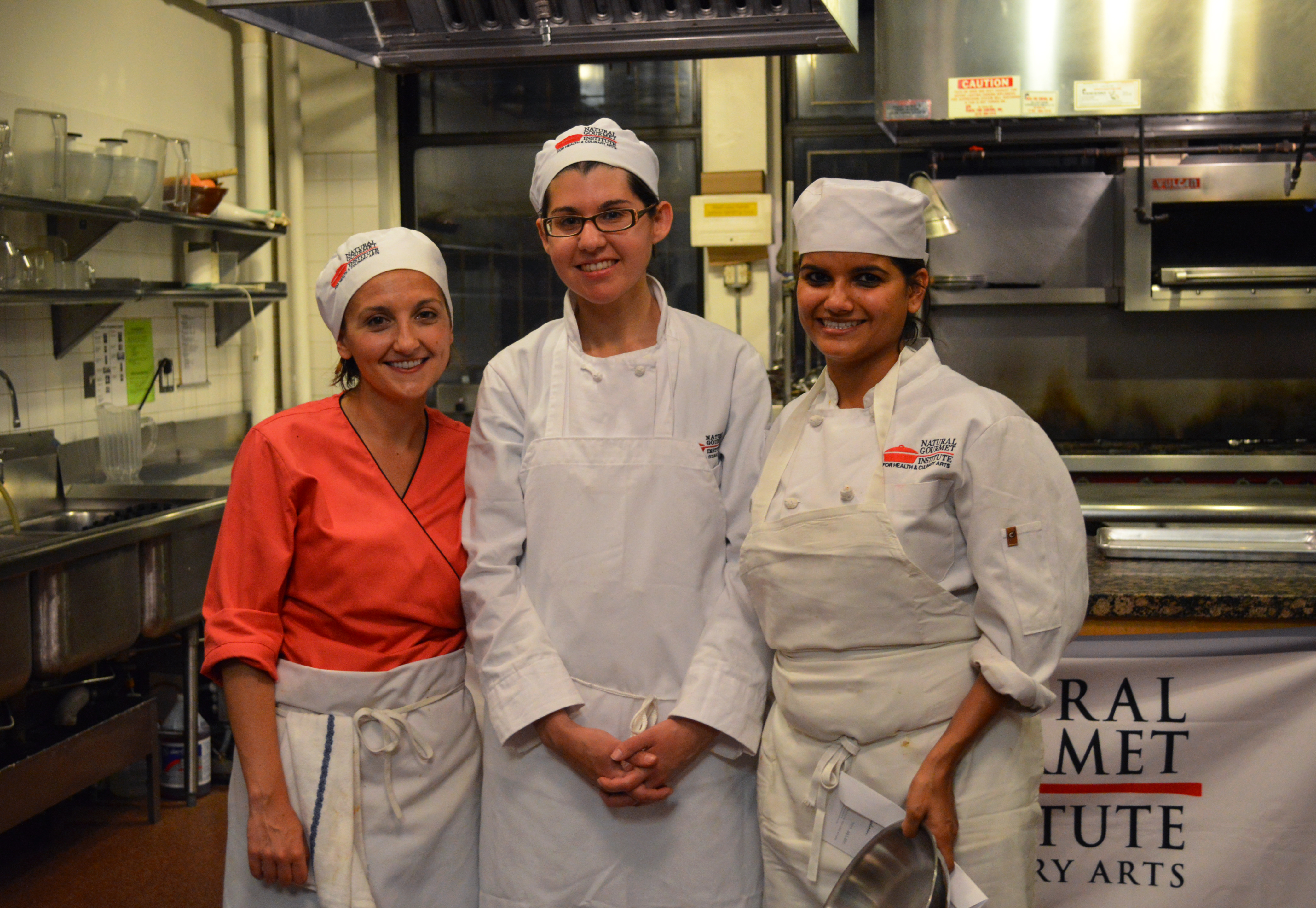 Contestants had two and a half hours to create the burgers, and were judged on taste, texture and visual appeal. The winner was Jain’s Wasabi-Spiced Adzuki Burger, which makes use of adzuki beans, a Japanese red bean that's packed with protein, made savory and complex with the flavors of paprika, rosemary and tamarind paste.

‘Veggie burgers’ are often associated with a colorless, tasteless blend of beans and grains, but they don’t have to be,” says Anthony Fassio, CEO of Natural Gourmet Institute. “As demonstrated by our incredible graduates, it is possible to create delicious, meatless burgers that are easy to make and will satisfy everyone’s taste buds, even those of the most cynical meat-eater.”

For even more veggie burger ideas, check out the Meatless Monday Burger cookbook.