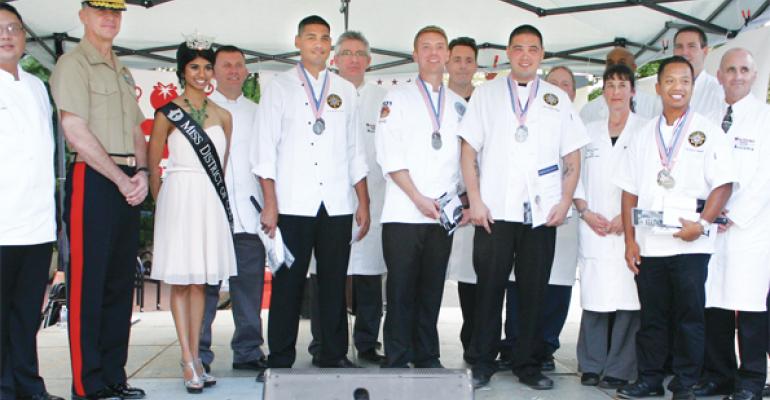 Event designed to showcase the best in military foodservice talent.

The Military Hospitality Alliance (MHA) has announced its 10th Military Culinary Competition winners. They were…

All three teams were also awarded a Silver metal from the American Culinary Federation, which sanctioned and judged the event. The competition took place outside of Marine Barracks in Washington, DC, on September 28th. More than 9,000 people attended.

5 things: School meals are the most nutritious in the country, study finds
Apr 16, 2021