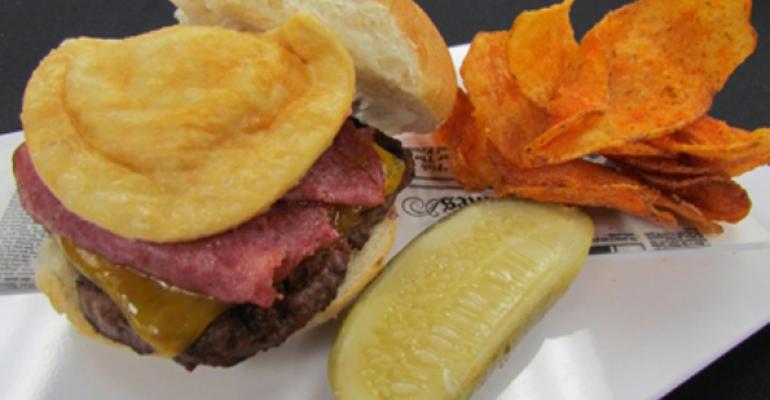 Stadium favorites, like nachos, are elevated on the new menus, often with a regional flair.

This football season, no matter what the action is like on the field, fans at ten Aramark-partnered stadiums will have plenty to enjoy in the concessions areas.

Chef inspiration is apparent in many of the new selections. In Cleveland, three hometown star chefs, Michael Symon, Rocco Whalen and Jonathon Sawyer have launched concepts at Cleveland Browns Stadium, each with menu items that reflect their styles of cooking (such as Symon’s burgers, Whalen’s meatballs and Sawyer’s frites).