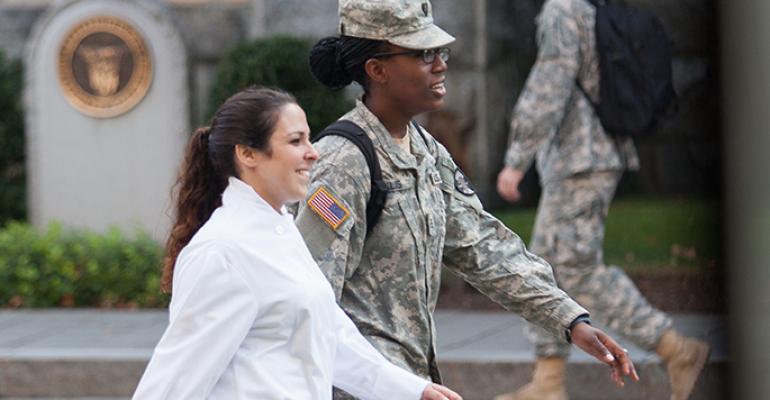 West Point and The Culinary Institute of America students meet up for a culinary competition, and learn they have a lot more in common than the location of their schools.

One produces our nation’s future military leaders, and the other is producing our future chefs.

And yet cadets at West Point and students at The Culinary Institute of America (CIA) found common ground in a unique exchange program and culinary competition that challenged their execution, leadership and teamwork—skills that are required to command a military exercise or a busy kitchen.

“When I describe this partnership, [people] ask, ‘How did this come to be?’” Michael Sperlin, vice president for academic affairs at the CIA recently told Times Higher Education. But both groups share “elements such as a respect for and understanding of discipline, the ability to respond to a chain of command and the ability to recognize that when you have to execute something, you need to do it, whether it’s a military maneuver or service at a certain time.”

Howie Velie, CEC, CHE, associate dean of culinary specializations at the CIA, has been part of this program since the beginning, a chance meeting a couple of years ago when staff from the CIA and West Point ran into each other at a local farmers market.

“Some of our professors and some of their professors got to talking about their students and some of us here thought, ‘What if…?’ I got into it and brought in the kitchen element,” Velie says. “It’s an exhilarating day. And the learning that everyone gets out of it is pretty tremendous.”

On the day of competition, the teams, which consist of one cadet and one culinary student, receive their orders: a mystery basket with a protein and a vegetable (pastry teams get dough and fruit or other filling). These items must be used to create 30 servings of a tapas/appetizer-style finished product.

“The culinary students in a lot of ways become teachers during these tasks and they surprise themselves by just how much they know,” Velie says. “Our students have to show their teammates: This is how to break down a whole fish, here’s how you make this knife cut...’”

Recent mystery basket items have included shrimp and spaghetti squash, flank steak and purple sweet potato and arctic char with soba noodles. There are also “idea creating materials” like wonton wrappers, empanada dough, skewers and ingredients for salsa available. Local items to choose from can be anything from local foie gras to whiskey and honey, cheese and maple syrup. The culinary students and cadets discuss and collaborate throughout the competition, which does get intense. 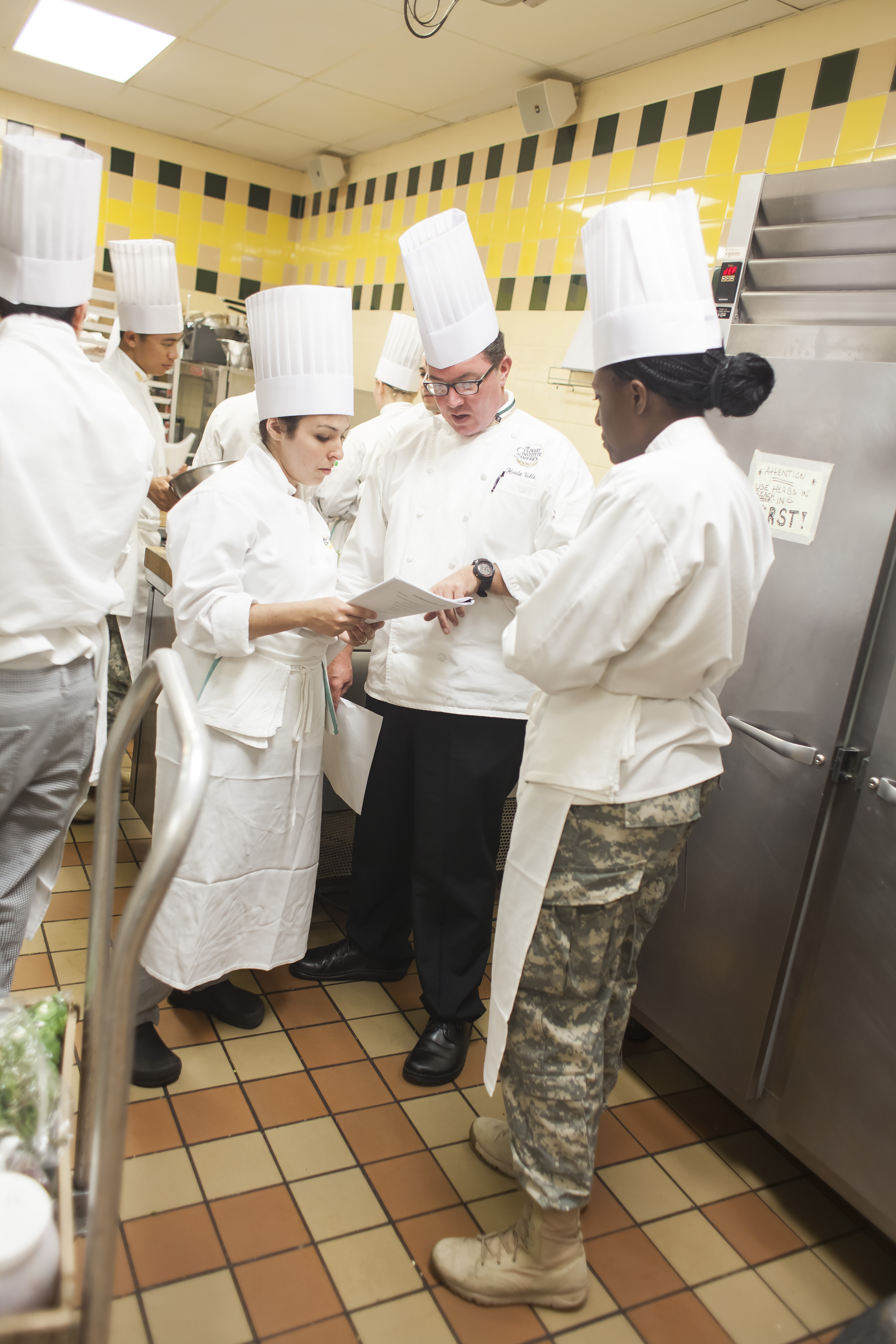 There are humorous moments, too, like the juxtaposition of cadets who can handle advanced weaponry struggling with using a kitchen knife. When culinary students arrive, they’re treated to a mock chewing out by a tough drill sergeant (they don’t quite know it’s a joke until the end).

As in any good cooking competition, unexpected challenges and wild cards are thrown in along the way.

“What I do to make things more challenging is I’ll stop them all and give them something like a carrot or an onion,” Velie says. “Everybody stop, put down your knives, show your cadet how to do a brunoise cut, but here’s the catch: You can’t touch it. So our students are walking the cadets through it, telling them, ‘Now cut here, and now cut there,’ they have to show someone who’s never done this.”

In the end, stereotypes are broken down on both sides, and the future chefs and future military leaders leave with a new sense of respect, brought on by the common denominator of food. After all, it’s been said that an army marches on its stomach.