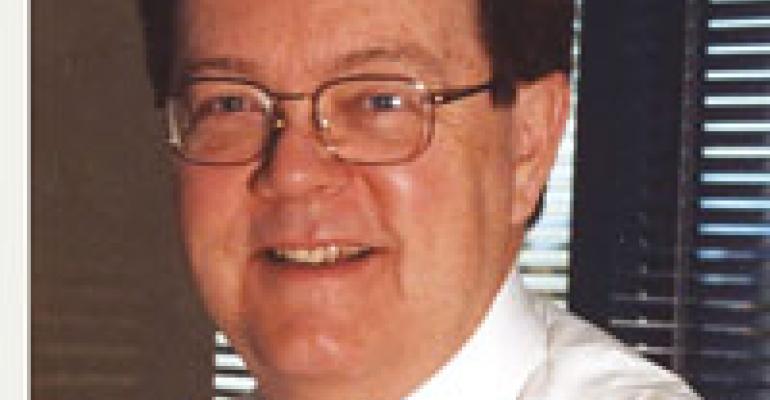 To finance his medical studies, he began reselling sandwiches purchased from a nearby deli to customers on the Stanford Medical School campus from a borrowed hospital gurney converted into a makeshift mobile cart. The enterprise proved so successful that after graduating with his medical degree, he continued in the business, expanding into serving the rapidly growing B&I sector of the late 60s in the Bay Area. One of his first clients was future technology giant Hewlett-Packard.

His company, dubbed Guckenheimer (because it sounded "European" but was otherwise a made-up name), was registered as a corporation by Ritchie and his wife Jeanie (the company's CAO who will now succeed him as CEO) in 1969. Guckenheimer eventually evolved into the country's largest independent contract management company operating primarily in the corporate dining segment.

Today, it generates in excess of $300 million in sales from a mostly high-end B&I clientele, has over 3,000 employees (all company stockholders) and serves some 2,000,000 customers daily.Dr Ritchie was also a Trustee of the Palo Alto Medical Foundation for many years and a member of the World Presidents' Organization and the Chief Executives Organization.

For more on Guckenheimer and Ritchie, see the FM profile feature from the January 2003 issue.