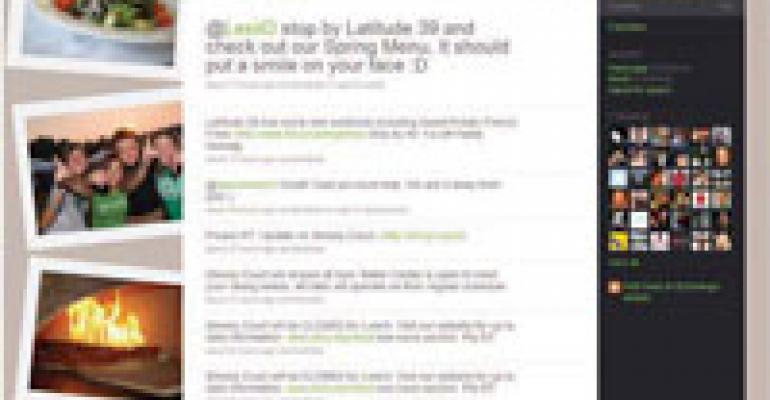 THE BIG IDEA: OU Dining has taken an established social media tool — Twitter — and developed a way to use it to track customer attitudes, troubleshoot potential problems and establish an interactive relationship with customers. Following the December 2009 launch of its Twitter account, OU Dining used a third party web application called HootSuite to track not only responses but “mentions” on Twitter in order to better gauge general sentiment about OU campus dining by tracking “tweets” containing keywords that are department-specific (oudining, the various dining hall names, etc.).

This lets the marketing staff see what is being said about the department and to respond to potential requests or follow-ups impacting an operation before they become issues — all in real time. The word tracking also serves as a way to increase “followers,” a key Twitter metric. OU Dining also uses Twitter to promote specials and special events, helping boost sales at one promotion event by 260 percent. The department gets the benefit of the goodwill it generates by being seen as responsive to customer concerns, and for using a medium that fits their lifestyles.