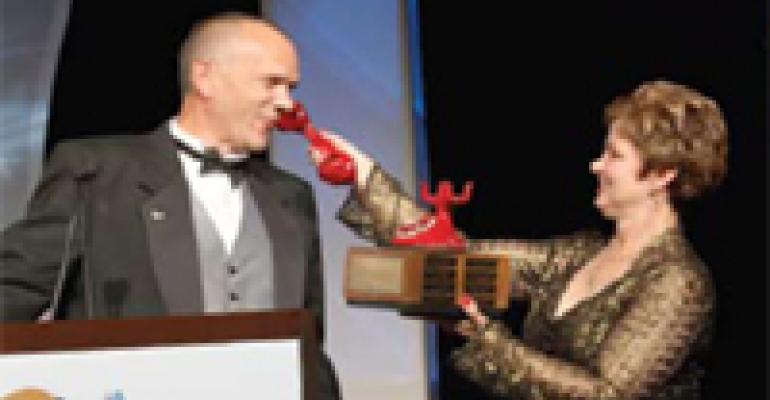 Members of the National Society for Healthcare Foodservice Management (HFM) celebrated the organization's 20th anniversary with an inspiring look back and a thoughtful look forward at its annual leadership conference in late September.

More than 500 healthcare operators and industry suppliers gathered at The Homestead, a historic mountain resort in Virginia that also was the site of HFM's 10th anniversary a decade ago.

Among other new initiatives, HFM this year joined with the NRA Educational Foundation to award $10,000 in scholarships to nutrition and culinary students with an interest in onsite careers. In 2008 HFM also joined with ASHFSA to co-produce a series of educational webinars.

(Later, incoming HFM President Bruce Thomas of Geisinger Medical Center alluded to such efforts saying that both associations were exploring strategic options for a closer working relationship. He said they had reached a “due diligence” period in which many options, up to and including a merger, could be on the table).

At its Awards Reception and Dinner, the organization presented its Angelo Gagliano “operator of the year” award to Past President Linda Lafferty. As HFM's most prestigious honor, it is presented annually to an operator who has demonstrated exceptional leadership in the industry and HFM.

The John M. Cabot “Making a Difference” award went to Hobart's Richard Hynes; it honors an associate member who has demonstrated sustained and selfless service to HFM. The President's Award went to John Lawn, editor-in-chief of Food Management in recognition of his volunteer efforts on behalf of the organization.