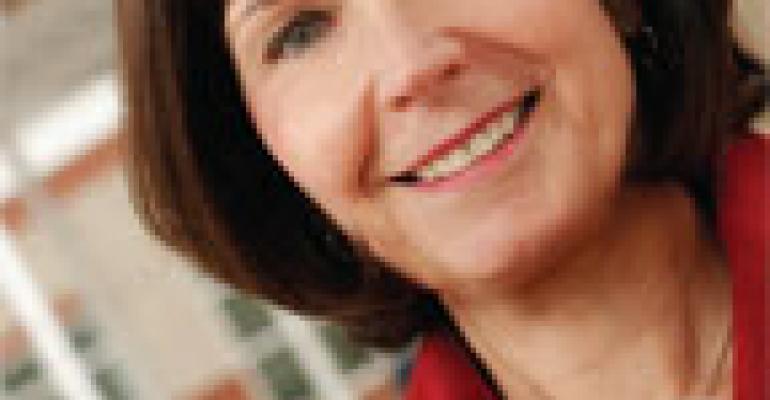 Joanne Kinsey has been on a focused mission throughout her 35 years in the school foodservice segment.

There's passion for child nutrition, and then there's Joanne Kinsey's kind of passion. Kinsey has spent a nearly 35-year career in the school segment, and the one common theme resonating across her tenures in districts big and small, from North Carolina and Virginia to New Hampshire and Pennsylvania, has been how consistently she has gone beyond the strict interpretation of her job.

She has not only worked hard to make sure the children she is charged with providing lunch to during the school day have good-tasting, nutritious menu choices, but in many cases that they get other meals as well.

These include not only breakfasts but after school snacks, summer meals and even take-home backpack meals for those who might not have regular access to nutritious meals when they are out of school.

In addition, Kinsey has worked actively with community organizations in the districts in which she has served to provide needy families with access to food in the form of food banks and food pantries that she has facilitated through her role with the local school child nutrition program.

In other words, for Joanne Kinsey, child nutrition is not just a strictly demarcated job description, but an open-ended mission. It is for that dedication — as well as for the impressive results she has achieved while overseeing districts of varying size and makeup — that she has been recognized with the 2010 Silver Plate award in the Schools category.

The funny thing is, Kinsey didn't start out to be a school nutrition professional on the front lines. While she had a strong early interest in food and nutrition, it was from the academic side, and her original career choice was to earn a postgraduate degree and teach.

That changed when a stroke of fate landed her in charge of the on-base schools at the U.S. Marine base at Camp Lejeune, NC. While she admits she knew next to nothing about the day-to-day responsibilities of running a school nutrition program at the time, she quickly learned — and learned to love it.

That experience led her to a series of postings: Carteret County, NC; Portsmouth, NH; Nashua, NH; Allentown, PA; and two separate stints with Chesapeake (VA) Schools, where she currently serves.

Kinsey has brought something to every stop, increasing her impact as her experience and sophistication in how to use the system and its available resources grew.

By the time she got to Allentown, a major urban system with major urban system challenges, she was able to facilitate major investments like installing automated point-of-sale and nutrition analysis programs, and put in significant policy changes like expanding the breakfast program to all schools and increasing the summer foodservice program sites from 23 to 78.

Other achievements during her six years at Allentown included expanding the milk program to include the half-day kindergarteners, putting in the new federally subsidized after school snack program as soon as it became available and establishing two emergency food pantries at school sites to serve the community.

When Kinsey returned to Chesapeake in 2006 (she had earlier spent three years there as a supervising nutritionist), she took up breakfast and summer foodservice expansion. She also instituted a backpack program and worked to expand the summer foodservice program to the community.

She also secured some $24,000 in extra funding through the USDA Fruit and Vegetable Program for nutrition education and to introduce district primary schoolers to different kinds of fresh produce. Ad she got a brand new high school cafeteria built with a state-of-the-art food court that has boosted participation significantly.

Kinsey believes in collaboration not only with community groups but also with her industry as an active member of the School Nutrition Assocaition (SNA). She served as both a regional director and as state president at various times in her career.