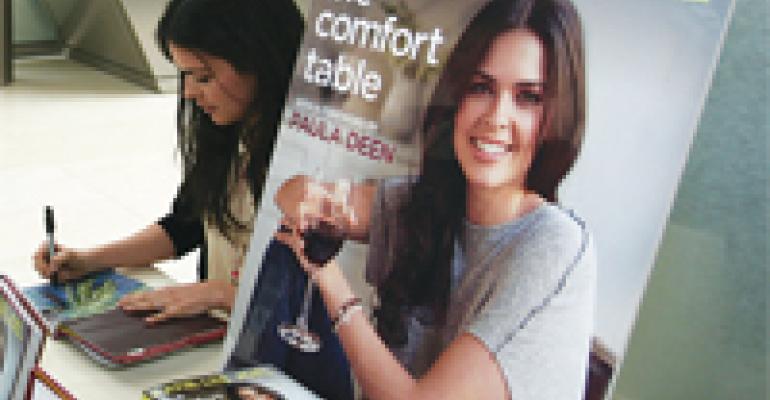 Sometimes, guest chef programs can tie directly into the mission or activities of the host organization. That's the case at Café 57, located at Hearst Tower in New York City, an account managed by Restaurant Associates. The guest chef program there originated as a way to give exposure to RA's area chefs; later, it was opened up to also include local restaurant chefs as a way to support Hearst's “going local” emphasis.

It also includes celebrity chefs. For example, one event hosted Katie Lee Joel, who offered guests a taste from her latest cookbook, The Comfort Table. They were able to purchase a signed copy while munching on her Slow-Cooker Pulled Pork Barbeque sandwiches.

Joel, whose taste in food is like her taste in fashion — comfortable and classic with a touch of couture — touts a principle of “conscious consumption” that fits nicely with Hearst's “B•Well” program, an initiative that focuses on fitness, wellness, nutrition, and food.

According to Café 57's marketing manager, Thalia Demakes, RA's program also looks to include at least one promotion a month that is connected to one of the many Hearst magazines headquartered in the building.

After chef James Vellano of the Bouchon Bakery was featured as part of an Esquire magazine “Sandwich Encyclopedia,” he was invited to demonstrate how to assemble his Tuna Nicoise sandwich. (Other sandwiches from the Esquire feature were offered each day that week.) In another promotion, author and Food Network personality Ina Garten provided demonstration cooking tied into a House Beautiful promotion featuring recipes from The Barefoot Contessa.

“The events are designed as limited time offers, and we typically will do 60-80 portions during one of them, until the ingredients run out,” she adds.