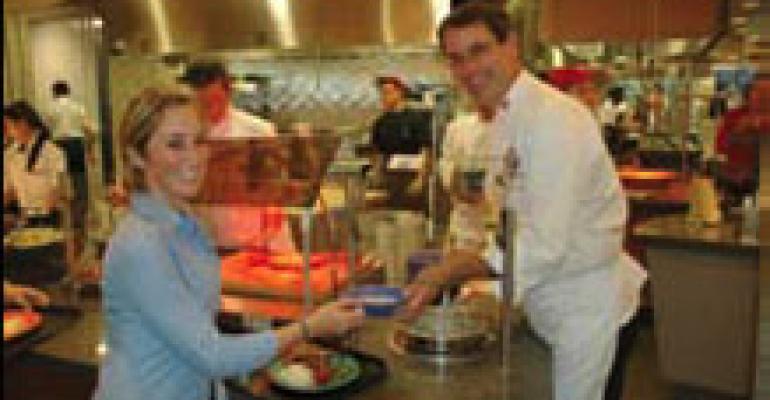 The leadoff tocque in the annual guest chef series at the University of Massachusetts- Amherst was Walter Scheib, who was the chef at the White House for 11 years. Rather than cooking for the families Bush and Clinton (and their guests), Scheib served up a series of dishes for the UMass community on September 19th, the first time he has appeared at a college dining program (his previous campus activities were confined to book signings, not culinary events).

“We worked with him to select the recipes that we thought the students would like, something not too formal and something that reflects the favorites of first families and that we would be able to produce in a large volume without sacrificing the quality,” says UMass Dining & Retail Services Director Ken Toong.

“This was probably the most popular guest chef event we have had since the Guest Chef Series began two years ago,” Toong says.

As for his part, Scheib was equally impressed. “The level of culinary professionalism from the brigade and management and the excitement and enjoyment of the students was unique,” he said. “I am looking forward to more opportunities in this sector of the hospitality business.”