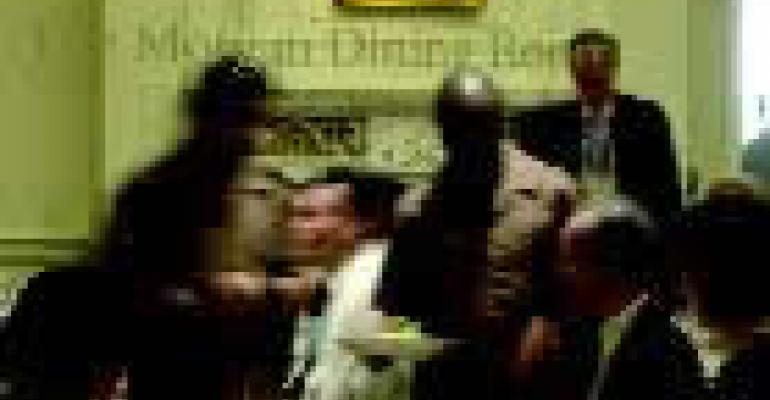 The commercial restaurant division of Compass Group's Restaurant Associates division will be spun off into a separate, privately-held company. It is being taken private from former parent Compass Group under a buyout engineered by RA CEO Nick Valenti and Patina Group CEO Joachim Splichal.

The deal does not involve RA's Managed Services or Special Events Catering units. The spinoff firm, which will not use the Restaurant Associates name, operates over four dozen properties, including restaurants, cafès and catering venues on the East and West coasts. Most are in New York and Los Angeles, including famous dining destinations like Brasserie, Cafe Centro, Naples 45,Tropica Bar & Seafood House, Cucina and the Rock Center Cafè in Manhattan and Patina in Los Angeles.

Compass acquired RA in 1998. Though terms of the current transaction were not announced, a report in The New York Times valued the buyout at around $100 million, quoting company executives. Valenti told the Times the acquired properties generate around $200 million in annual revenues.

In addition to Valenti and Splichal, a significant investment in the buyout will come from the Japanese foodservice firm Shidax Corp., which will become a majority owner. Shidax had been a principal investor in Bon Appètit Management Co., an upscale onsite dining services provider based in northern California, until Bon Appètite was acquired by Compass in 2002. Also, Compass itself will retain a 30 percent stake in the new company.

In an interview with FM, RA Managed Services President Dick Cattani emphasized that the move "does not mean we are out of the restaurant business." He noted that the Managed Services division operates a number of destination restaurants that are typically located within museums and performing arts venues as well as at some sports and entertainment client accounts.

Partly as a result of its success at landing such accounts, the RA managed services division has grown significantly in recent years, from sales of $190 million in 2002 to what the company estimates will be $320 million at the end of this fiscal year. Commenting on the change, Rick Post, now CEO of contract foodservices for Compass, observed that "for Dick Cattani, it will remain 'business as usual.' For Compass as a whole, this move fits with our long term strategy of focusing on our core businesses in order to bring best-in-class services to our clients."

The deal is set to close "in late June or early July," Post said.

5 things: How much will re-opening schools and colleges cost—and who will pay?
Jun 26, 2020