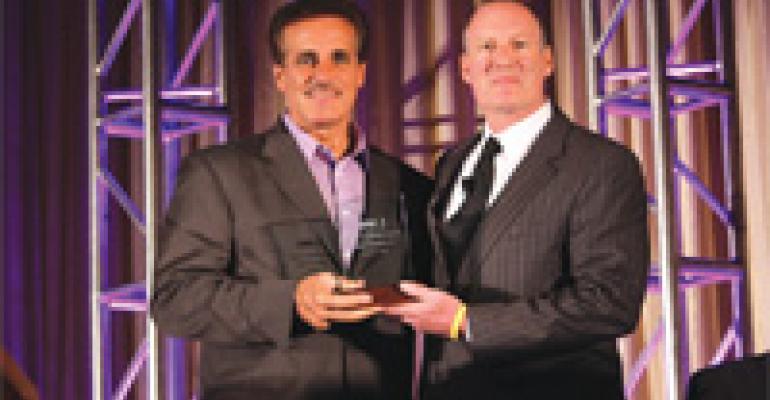 Over 260 registrants gathered at the Westin-St. Francis in San Francisco in October for the annual SFM Conference, Competitive Strategies for Today and Tomorrow.

The opening keynote presentation was delivered by Kim Rothstein of the Marlin Network Consulting Group, who provided an in-depth analysis of the demand patterns and behavior of a new generation of foodservice consumers.

A major highlight was a general session panel, What Does the Future Hold?, that featured top executives from Aramark, Compass Group and Sodexo (see story on p. 10). Other sessions covered topics such as how to find hidden catering opportunities, implement sustainable practices and use social media technology to build business.

In fundraising events, the Hunger Awarenes Committee sponsored an afternoon walk across the Golden Gate Bridge and the SFM Women's Council sponsored its annual Dress for Success drive to promote the independence of disadvantaged women.

SFM recognized several members for their contributions in awards presentations over the course of the event:

Debi Benedetti, president of Beyond the Possible, (2009 Lifetime Achievement Award);