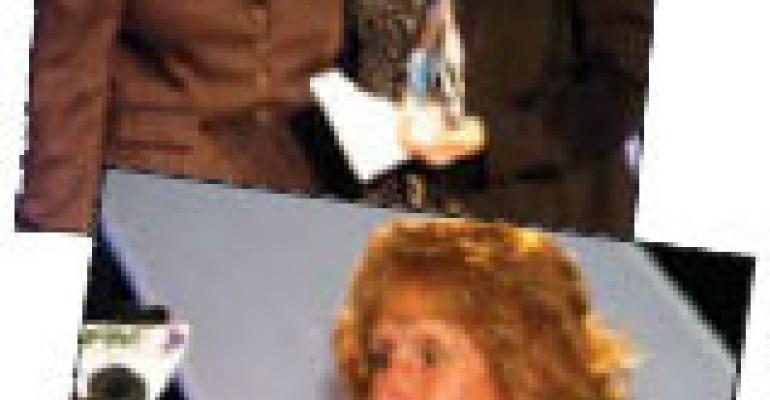 With an emphasis on food as the “universal language,” SFM celebrated the sights, flavors and networking opportunities of Montreal.

Beginning with a culinary tastings tour of specialty shops and markets in cosmopolitan, downtown Montreal, members of the Society for Food service Management (SFM)gathered for their annual national conference in late October.

Pledging a new emphasis on international outreach, the membership mixed business,education and networking in equal amounts to create a recipe for personal and professional development, with plenty of fun along the way. Educational sessions ranged from a presentation by noted chef and TV personality Anthony Bourdain to sessions on negotiation, change management and better merchandising.

In its business meeting, committee chairs summarized a variety of initiatives undertaken by SFM over the past year. Among these:

The Women’s Council’s annual breakfast featured presentations from President Mary Bentley and Chair Jane Sumner of the Womens Foodservice Forum on the Ten Core Competencies of Leadership. Outgoing Council chair Amy Greenberg noted that when incoming President Kathy Sanders accepted SFM’s leadership position, it represented“the first time in SFM’s history that two women presidents have served the organization in back to-back terms.” Greenberg said that as more women assumed leadership positions in SFM they would increase the strength of the organization overall.

In other announcements, SFM Foundation chair Scott Siers said the foundation, newly established as a 501(c)3 organization, had raised over $75,000 in 2007 for its education and scholarship activities,and is looking to expand its fund raising, scholarship and educational efforts in 2008.

At SFM’s closing dinner,outgoing President Sally Minier introduced Emily Pacifico, who joined her to make a special, inaugural presentation of the Robert Pacifico Above & Beyond award.Named to posthumously honor one of SFM’s longest tenured supporters and members, “the award acknowledges those successes that are hard to quantify. There is no test to take, no benchmark to be reached,” Pacifico said.

Its first recipient, Rod Collins,observed that with Pacifico’s passing, SFM had lost “a great friend and the industry a great man.

“My 20-year friendship with Bob made me a better person,”Collins said. “I have never meta more skilled designer, one who was never out there to design for himself or to design to win awards.He designed for the client, to make your operations better, to make you look better. He was there to listen to you and his eyes and ears were always on you because of that.“I have been fortunate in this

industry to have known some of its best and brightest, and they are the ones who are out to make this industry better and who share the most. Bob was one of these.

“Understand me when I say that, even though I miss him, Bob has never really left us. Stand with me and congratulate him on a life well lived.”

Outgoing SFM President Sally Minier said that from Greenberg’s start as a chef-manager for Saga at Drexel, Burnham Lambert to later positions of increased responsibility at a variety of other Wall Street firms, she had worked for over 20 years to advance the professionalism and careers of SFM members.