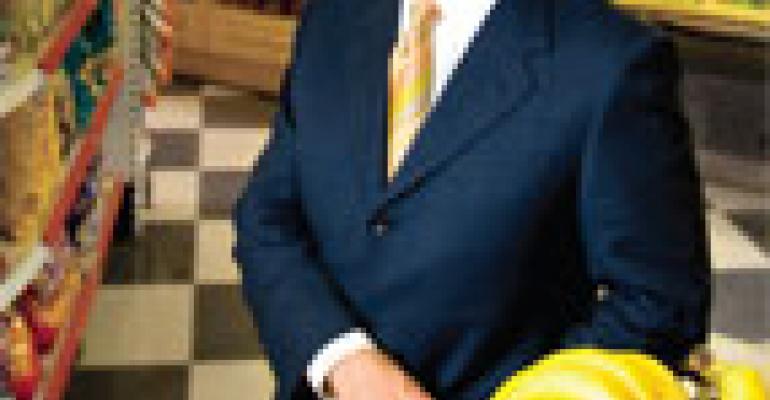 Tim Dietzler is a modest fellow, but that has not been a barrier to his impressive track record at Villanova University.

Tim Dietzler is a modest man. But modesty is no barrier to effectiveness, as Dietzler has compiled a record of achievement at Villanova University that in its quiet way has become an impressive model for others in the campus dining segment (for more on Dietzler and the Villanova dining program, see the cover story in the June 2004 FM).

It is also a record that has earned Dietzler the 2010 Silver Plate Award in the Higher Education category.

• the development of a campus dining service that offers a diverse mix of retail and board options and cuisine choices,

• a flexible meal plan strategy that can accommodate different needs, from those of resident students to commuters, resulting in a robust meal plan revenue stream,

• an unwavering commitment to support the university mission by working with academic and administrative departments,

• an ability to maintain and refine a sophisticated modern university dining service while respecting the traditions of the Villanova campus.

Dietzler began his career in private club dining and commercial restaurants before he landed back at his alma mater, Villanova, in 1987. There, he worked his way up from an entry level dining manager's position to become an associate director and then, in 2002, the sole director (previously, separate directors had overseen residential dining, the student union cash operations and vending).

Over his tenure, Dietzler assisted with — and then oversaw — the transformation of Villanova's campus dining service from a single meal plan offering board meals at traditional residence dining halls to one with multiple retail options and a wide range of meal plans designed to fit different student needs. One result has been a boom in meal plan sales to students not required to purchase one.

An especially popular component of the Villanova meal plans is Meal Plan Express, a kind of meal equivalency (though Dietzler resists the term since it invites price and value comparisons) option that lets students substitute retail purchases for dining hall meals during designated hours at select retail outlets. Introduced in 1993, it opened meal plan dining to later hours.

Dietzler has used Meal Plan Express, along with a points cash component, to design a flexible array of plans. Even resident freshmen, who are required to purchase a meal plan, now have a choice of a half dozen different iterations.

One innovative option is the SGA Inflation Fighter, which locks in a set meal plan price for four years if a student commits in his or her first year. The “SGA” prefix emphasizes the approval and cooperation of the Student Government Association in developing the plan, and that in turn reflects Dietzler's commitment to working with different campus groups and departments.

That mindset has resulted in some noteworthy cooperative ventures, from a chef exchange with East China Normal University in Shanghai through the Modern Languages Department, to bringing a master sushi chef to the campus as part of a course on Japanese culinary traditions. Villanova Dining also is the university's largest campus sponsor of the Special Olympics and a major partner in pulling off the event.

Most recently, Dietzler's department catered a special dinner for visiting Iranian writer Mahbod Seraji by recreating every dish mentioned in his novel Rooftops of Tehran, including a particularly difficult ice cream recipe. “The extent of their genuine kindness and the lengths they had gone to open their hearts, minds and lives to Rooftops was simply awe-inspiring,” Seraji effused in his online essay about the visit (www.iranian.com/main/print/99150)

Dietzler has also overseen a renovation boom that has modernized the traditional campus' dining locations while putting new outlets in buildings with underserved populations incremental sales opportunities. Recent additions include replications of the department's whimsically named Holy Grounds coffee bar concept in the School of Nursing, in an engineering lab building and in the new School of Law.

Continuing a longstanding project to modernize the traditional board dining halls, the venerable Dougherty Hall recently got an upgrade, including the removal of a winding entrance ramp that some considered a sacred tradition and many others an inconvenient anachronism.

The facilities may be traditional, but Dietzler has made sure the food is up to date as well as socially responsible and in harmony with Villanova's Augustinian values. Organic and local produce are emphasized, as is composting and recycling.

Continue to next page