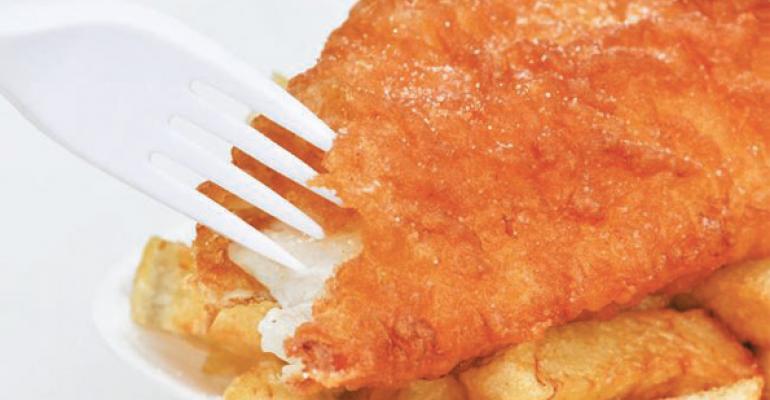 A 350-lb. man picketed a restaurant in Thiensville, WI, recently, claiming that it had engaged in false advertising. His gripe? The place cut him off after a dozen pieces even though they advertise an all-you-can-eat fish fry, according to local station TMJ 4.

For its part, the eatery, Chuck’s Place, says the incensed (former) customer, Bill Wisth, was sharing his food with a friend, which is against the all-you-can-eat rules. He apparently also refused to pay (and still hasn’t) even though the place offered him eight pieces to go if he would…you know, just go. He eventually did but has been back regularly to stand outside with a sign that reads “False Advertising.”

Chuck’s Place now says it doesn’t mind the free publicity the protest is generating. Maybe they can put Wisth on the payroll as marketing director and pay him in fish.