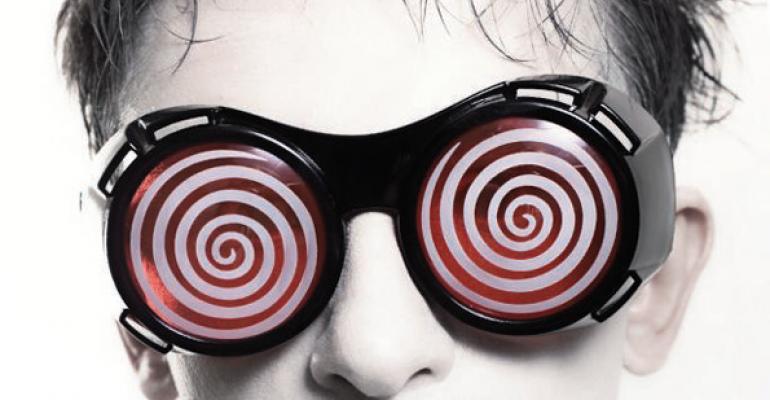 Your Food May Be Less Fattening Than It Appears

Goggles that distort the perceived size of the food on your plate are the latest weapon in the Man vs. Food battle of the bulge. The high-tech specs were invented by Japanese scientists and are designed to fool the brain and stomach into thinking that more food has been consumed than actually has been, according to a report in the British paper the Telegraph.

It’s almost literally a case of your eyes being bigger than your stomach. The goggles are linked to a camera and sophisticated software that makes the food seem up to 50 percent larger than its actual size, but leaves extraneous objects (like your hand holding the food) looking normal sized. This sounds like a great tool if you’re an unscrupulous marketer looking to sell less for more.

The goggles can also make the food look relatively smaller than it actually is, which could come in handy for dealing with busybody regulators like New York City Mayor Michael Bloomberg, who recently launched a crusade against supersized drinks: “Hey, Your Honor, that’s not an extra-large drink, it’s regular sized. Just take another look through these goggles…”