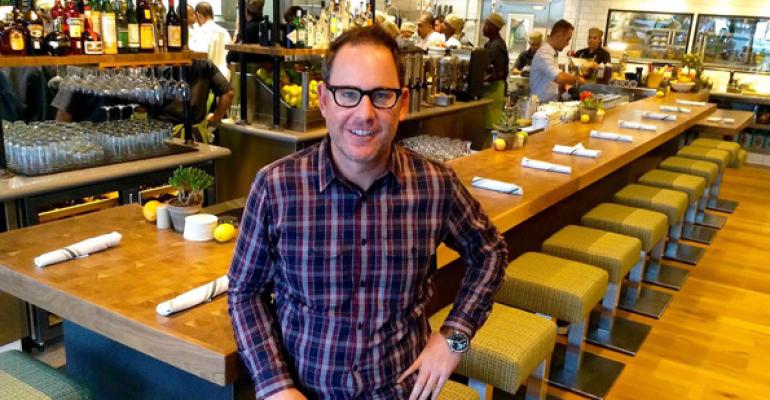 Sam Fox, founder and chief executive of Fox Restaurant Concepts, has been selected by Restaurant Hospitality as the 2014 recipient of the Richard Melman Innovator of the Year Award. He will be honored during the MUFSO Super Show in Dallas on Oct. 6.

“We are so thrilled that Sam Fox will be accepting the Melman Award this year,” said Restaurant Hospitality editor-in-chief Michael Sanson. “He’s a perfect choice for this award because he so resembles the man the award is named for. Like Rich Melman, Sam has a fertile mind for creating restaurant concepts. The diversity of his portfolio is astonishing.”

Melman, founder and chairman of Lettuce Entertain You Enterprises in Chicago, agreed.

“I am pleased Sam Fox is this year’s winner of the Innovator of the Year Award,” he said. “I think he is one of the bright young stars in the restaurant scene.”

Fox opened his first restaurant — Wildflower — in Tucson, Ariz., in 1998. Since then, his Tucson, Ariz.-based company has opened 41 more restaurants encompassing 15 different concepts throughout Arizona and beyond. There are now Fox restaurants in California, Colorado, Las Vegas and Kansas City, Kan.

Fox’s performance has been so notable that Nation’s Restaurant News recently named him to its Power List of the 50 most influential individuals in the restaurant industry.

Fox has evolved as a power player because of his ability to create a wide range of concepts, including four-unit Zinburger (a burger joint), three-unit Culinary Dropout (a hip gastropub with live music), The Arrogant Butcher (seafood, steaks and cocktails), The Greene House (inspired California cuisine), six-unit North Italia (handmade pasta and pizza) and four-unit Blanco Tacos & Tequila.

Fox is so convinced that there’s an ever-expanding market for clean, well-prepared meals that he’s about to open a fast-casual concept that focuses on farm-fresh ingredients and healthful preparation methods. The first location of Flower Child will be in Phoenix.

The Richard Melman Innovator of the Year Award recipient was selected by the editors of Restaurant Hospitality after consulting with Melman. Other recipients of the award include Jose Andres, Danny Meyer, Todd English, Michael Mina, Drew Nieporent and last year’s winner, Stephen Starr.