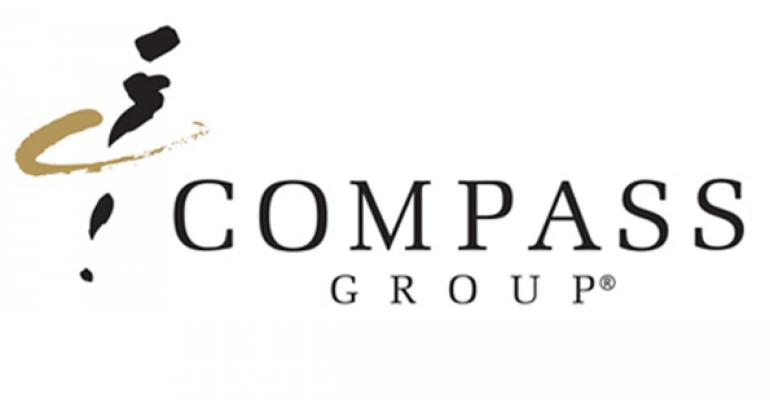 Compass reported that April saw an even more severe plummet in organic revenues of 46.1%.
News & Trends

This and six major California school districts saying state budget cuts threaten their reopening are some of the stories you may have missed recently regarding the COVID-19 crisis.

Related: Sodexo’s dining team at Liberty University keep up its standards during the coronavirus crisis

Compass Group PLC, the world’s largest contract management food service firm and parent of No. 1 FM Top 50 firm Compass North America, reported a 1.6% organic revenue gain in the first half of its 2020 fiscal year, ended March 31, compared to the first half of FY2019. However, that number represented a sharp drop from the 6% gain the company was posting through the end of February before a 20.4% decline in March caused by the coronavirus outbreak brought the final first half number down to 1.6%. In addition, Compass reported that April saw an even more severe plummet in organic revenues of 46.1%.

The North American unit was generating an 8.1% gain in organic revenue through February, “driven by strong net new business in Business & Industry (due to high levels of retention) and Healthcare & Seniors (double digit new business wins in the senior living sub sectors) and positive like for like growth (primarily driven by good volume growth due to the events calendar) in Sports & Leisure,” according to the company press release announcing first half results.

“During March, our [North American] business felt the impact of COVID-19, and there was an organic revenue decrease of around 19% in the month, with the sectors outside Healthcare & Seniors seeing double digit organic revenue declines,” the release added. “In Sports & Leisure, stadia and entertainment venues shut, whilst in Education all our university and the majority of our school contracts closed. By the end of March approximately 50% of our business in North America was effectively closed. Despite this, organic revenue growth for the half year was 3.6%.”

Read more: Update on the impact of COVID-19 and half year results for the six months to 31 March 2020

Six California school districts representing more than 900,000 students say the governor’s proposed budget cuts will delay the reopening of schools. Officials with the Los Angeles Unified, Sacramento, San Francisco, Oakland, San Diego and Long Beach districts issued a letter to legislators saying, “Cuts will mean that the reopening of schools will be delayed even after state guidance and clearance from public health officials is given”

Gov. Gavin Newsom has proposed $14 billion in budget cuts because of the coronavirus, with more than half coming at the expense of public schools that have struggled to teach students remotely since mid-March, when he issued a statewide stay at home order.

Newsom’s office did not immediately respond to a request for comment. The governor has said cuts could have been deeper and he is using federal money to help schools overcome “learning losses” during the pandemic and eliminating some tax breaks to send more money to schools.

Florida’s public university campuses will reopen in the fall, state higher education leaders have announced, but details won’t be known until later. Some specifics will be discussed May 28 at the State University System’s Board of Governors meeting, where a task force will present guidelines for reopening. Representatives from each of the 12 schools in the system will share individual plans about a month later, on June 23.

State university campuses have been largely closed since mid-March when the Board of Governors directed schools to move to online classes as the coronavirus began to spread.

Major high-technology firms such as Google, Facebook, Microsoft, Amazon and Twitter were among the first U.S. employers in early March to send staff to work from home as the coronavirus started to spread near their West Coast headquarters. Now, despite pressure from the president and other politicians to begin to reopen society to resuscitate a moribund economy, those same companies will likely be among the last large employers to reopen their office doors and welcome staff back, a prospect that obviously bodes ill for onsite dining providers at their facilities.

Google and Facebook have told employees that many workers who can do their jobs remotely should plan to do so until 2021. Amazon said its headquarters employees will stay home at least until October. Microsoft told staff earlier this week that working from home remains optional through October for most employees, though the company will allow some workers to voluntarily return to their offices in stages. And Twitter decided to give up on timelines altogether, telling most employees they can just work from home forever.

Read more: Big Tech was first to send workers home. Now it’s in no rush to bring them back

University of Notre Dame officials have announced that the school's campus will reopen to students on Aug. 10, with social distancing, a mask requirement, testing and contact tracing to prevent the spread of the coronavirus. Notre Dame president the Rev. John Jenkins said the university will open to students two weeks earlier than originally scheduled. He says there won't be a fall break and the semester will end before Thanksgiving.

"Bringing our students back is in effect assembling a small city of people from many parts of the nation and the world, who may bring with them pathogens to which they have been exposed," Jenkins said in a statement. We recognize the challenge, but we believe it is one we can meet."

The road ahead for onsite dining: No relief until at least the fall for event concessionaires
May 14, 2020