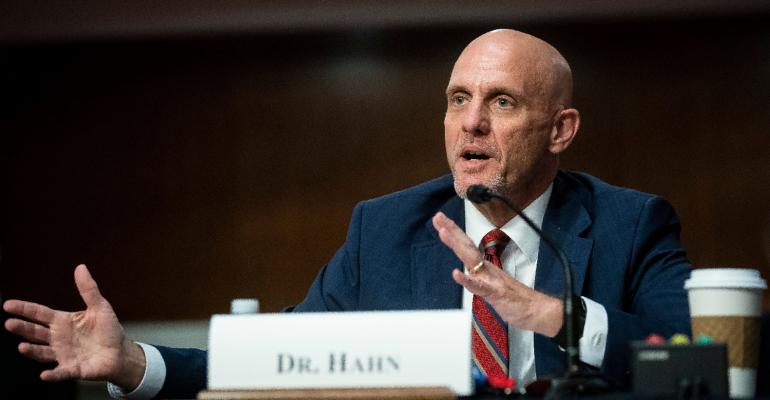 This and New York City Schools not fully reopening in the fall are some of the stories you may have missed recently regarding the COVID-19 crisis.

The U.S. Food & Drug Administration (FDA) has released the New Era for Smarter Food Safety Blueprint originally scheduled for release in March but delayed due to the agency’s response to coronavirus. “The blueprint outlines a path forward that builds on the work the FDA has already done through implementation of the FDA Food Safety Modernization Act (FSMA),” stated FDA Commissioner Stephen Hahn in announcing the release of the document.

The Blueprint consists of four core elements: tech-enabled traceability to quickly pinpoint the source of contaminated food; smarter tools and approaches for prevention and outbreak response, such as in a pilot program that will leverage artificial intelligence and machine learning to strengthen the agency’s review of imported foods at ports of entry to help ensure they meet U.S. food safety standards; new business models and modernization of retail outlets to reduce food contamination risk at outlets that increasingly depend on online order and delivery rather than traditional onsite sit-down service; and a focus on fostering the growth of and strengthening the food safety culture on farms and in food facilities all over the world in light of the COVID pandemic.

Related: Stories from the front lines: A school food service leader on serving communities, being Black and living in America

About four months after 1.1 million New York City children were forced into online learning, Mayor Bill de Blasio has announced that public schools would still not fully reopen in September, saying that classroom attendance would instead be limited to only one to three days a week in an effort to continue to curb the coronavirus outbreak.

Under de Blasio’s plan, school principals will spend July determining which of three staggered schedule options to adopt. That decision will depend on how many students and staff can fit into school buildings while social distancing, and on how many families want their children to return to school in the first place.

School leaders will let parents know in August which days children can report to school, and which days they will learn remotely.

University of Maryland Dining Services has announced several changes to fall dining hall procedures, including a new reservation system and carryout options designed to prevent the spread of the novel coronavirus. In addition, the fall semester’s dining plans will not follow the Anytime Dining model that has been in place since fall 2016.

The available plans all offer up to three “dining experiences” a day, which includes meals eaten inside dining halls and carryout meals. Plans will cost the same as they did last year, according to the announcement.

The 251 North venue will be used exclusively for carryout and the department is planning to implement several “outpost” locations around the campus that will be specifically for grab-and-go food. Locations will include an outdoor area by the North Campus Dining Hall and the east dining room in the South Campus Dining Hall.

Reservations will be required for lunch and dinner operation hours, so the department can regulate the number of students in the dining halls at a time.

School bus drivers, mechanics, secretaries, groundskeepers, cafeteria workers, classroom aides and other hourly workers at Denver Public Schools (DPS) want at least the same pay raises teachers successfully negotiated with the district last month. But contract negotiations among the hourly workers and the district broke down after several weeks and were scheduled to resume with a mediator on July 13.

Eight unions representing 3,100 education support professionals have joined together as a bloc to negotiate with the district. Their latest demand was a 3.5% raise with an additional 0.6% to come if Denver voters approve a mill levy increase in the fall. DPS says the most recent proposal would cost $5.3 million a year.

The district’s offer is a 2% raise next year and an additional 0.6% if voters approve a tax increase. The two proposals are about $2 million apart.

For many companies, food plays a big part of workplace culture, whether it's free lunches every day or an occasional perk like pizza or bagels to celebrate an accomplishment, or an extralong meeting with a catered lunch, but workplace lunches could look very different when employees return to the office.

"You can't have 40 people in a factory trying to get out the tiny entrance and drive off to Chipotle to wait in line for 30 minutes. That is a very unsafe thing to do," said Diane Swint, head of marketplace at ezCater, a corporate catering marketplace. "In a high rise, you can't have folks all try to pile into an elevator."

EzCater said it has seen a five-fold increase in corporate orders of individually packaged meals since the end of March. The company recently launched a new app called Relish that allows workers to place food orders from designated restaurants and employers can choose to set up a subsidy of 0% to 100% of meals.

Some workplaces are turning to robots to provide food safety. California-based Chowbotics has seen an uptick in demand for its Sally fresh food robot to replace the cafeteria salad bar, according to CEO Rick Wilmer. He said the number of inquiries the company has received about Sally quadrupled in June compared to April and May.

Read more: Food is a big deal at work. Here's how the pandemic will change lunch and snacks

Bonus: Stories from the front lines: A school food service leader on serving communities, being Black and living in America