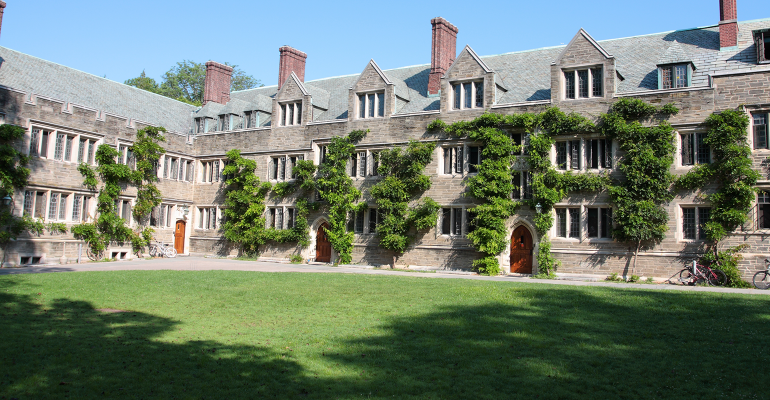 This and a school district summer feeding program that has already exceeded previous summer meal counts are some of the stories you may have missed recently regarding the COVID-19 crisis.

Harvard and Princeton Universities plan to bring back a portion of their undergraduate populations for the upcoming semester, with regular COVID-19 testing and private sleeping areas. Princeton has also approved a 10% tuition discount for all students for the 2020-2021 academic year, whether they’re on campus or taking classes online.

Harvard said it will invite about 40% of students to campus, including the freshman class, and that students will be tested every three days during the semester and live in single rooms. At Princeton, about half of undergraduates will arrive in August, including freshmen and juniors, while the other half can return the following semester.

Dining services at Harvard will be prepared to transition between “touchless food pickup” and more traditional dining operations as the situation warrants, according to a statement from Harvard President Lawrence Bacow, Dean Claudine Gay and Dean of the College Rakesh Khurana.

Princeton Campus Dining will offer a one on-campus meal plan for students living in dormitories, and all undergraduates on campus will be required to be on this meal plan—which will offer one swipe per meal—with the exception of students living in Spelman. Only students on a meal plan and residential college staff will have access to dining halls, guest meals will not be allowed and late meals will be suspended.

“The University is currently evaluating the costs for housing and dining,” and will provide an update later in the month according to Campus Dining.

Read more: Harvard and Princeton Say Some Students Can Return This Year and First-years, juniors, and others meeting ‘stringent criteria’ can return in the fall, U. says

The summer food service program at the Hammond City Schools in Indiana is seeing a spike in participants during the coronavirus pandemic. The program, which provides free meals for anyone younger than 18, has had to rapidly adjust for a summer where students can’t eat food on site and families are finding themselves food insecure for the first time.

“It's almost even hard to describe,” said Christine Clarahan, Hammond’s director of food and nutrition services. “We still follow the same meal patterns, but the need has been so much greater.”

Clarahan said Hammond is providing meals to nearly 2,200 people each day. Last summer, the program provided 41,678 summer meals over a nine-week period, which Clarahan called average. It took less than three weeks to pass that number this year; by June 25, it had served 77,552 meals. Clarahan expects totals to pass 200,000 by the end of the summer.

“Normally we see numbers peak early on and then go down,” Clarahan said. “We have yet to see a drop.”

After shifts serving food to Capitol Police, senators and a sparse number of staffers, Senate food service workers were told early last week to anticipate widespread layoffs and were quietly advised to register for unemployment insurance. A deal was eventually struck to keep workers on the job a bit longer, but not before panic and confusion arose among the front-line workers tasked with feeding Congress during the coronavirus pandemic.

The Senate’s contract with dining services firm Restaurant Associates is managed by the Architect of the Capitol (AOC) and talks were underway through the past week between the AOC, Restaurant Associates and staff from the Senate Rules and Administration Committee, which has oversight over Senate operations.

To minimize contact between healthcare staff and people admitted in its quarantine ward, Poddar Hospital in India has acquired a robot named Gollar for food, water and medicine distribution. The automated machine has several trays where items can be placed, and it is remote monitored to move around the room, where people in quarantine can come and pick up the items.

The hospital says this will limit the number of times health workers have to interact with quarantine patients and reduce chances of nurses and hospital staff getting infected. The robot is also expected to be used to distribute medicines and food to patients at the National Sports Complex of India’s stadium in Worli, where a 530-bed jumbo facility is operational for COVID-19 patients.

Teams taking part in the NBA's 2020 season restart have begun arriving at the isolated bubble in Orlando, but the food being served to the athletes has already gone viral. Denver Nuggets guard Troy Daniels was the first to post about the lack of substance in his dinner served inside the NBA bubble at Walt Disney World. His meal, or lack thereof, drew a range of jokes from people comparing the spread to airplane food, the disastrous Fyre Festival and lunch served at a school cafeteria.

Bonus: Stories from the front lines: Sodexo’s new senior dining CEO on starting a job before the coronavirus struck