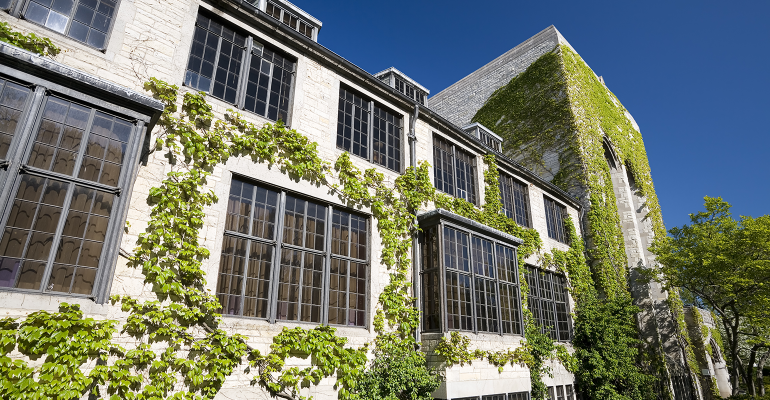 This and Chicago schools expanding meal distribution sites from 277 to 450-plus are some of the stories you may have missed recently regarding the COVID-19 crisis.

Related: Meal kits: thinking outside the box in food service

Northwestern University plans to open fewer dining locations this fall because of its decision to bring fewer students on campus than originally anticipated, according to a university spokesperson. The university plans to open Allison and Sargent dining halls, the spokesperson said, along with a few retail locations in the Norris University Center—including Starbucks, MOD Pizza, the C-Store and Viet Nom Nom—and Lisa’s Cafe at Slivka Residential College.

Related: One On One With: Keeping it fresh with culinary spirit at UNC Health

Due to the closing of some dining locations, such as Elder and Foster-Walker Complex, Compass Group, the university’s food service provider, plans to lay off about 100 staff members who had been recalled from layoffs to return for fall quarter. These layoffs will become permanent on Sept. 20, the spokesperson said.

Read more: Northwestern to close some dining halls this fall, Compass Group to lay off about 100 staff members

2. Chicago expands meal distribution sites from 277 to 450-plus

Starting Sept. 8, Chicago will nearly double the number of school campuses where families can pick up free meals, up from 277 this summer to more than 450 this fall. The expansion of meal sites underscores the critical social service role schools have played during the pandemic, providing basic services to city families whose lives have been destabilized by illness, job loss, and temporary closings of schools and childcare centers.

In August, Northern Kentucky University (NKU) Chief Financial Officer Mike Hales sent out an email announcing that the mandatory commuter meal plan would be delayed until the spring 2021 semester. The plan was delayed due to it not aligning with NKU’s moving forward plan and attempts to “de-densify campus.” The meal plan will cost $50 per semester.

After the initial announcement of the meal plan, a change.org petition was created that asked NKU to change the mandatory meal plan to an optional one; it has received over 2,700 signatures at the time of reporting.

MDH Chief Financial Officer Bill Murdock said the move is estimated to provide significant financial savings. He said lengthy evaluation determined that the hospital could save at least $500,000 per year with this change.

More than 100 cafeteria workers lost their jobs at Verizon Media's Yahoo! office in Sunnyvale on Sept. 4, after more than five months of receiving their full wages and benefits despite the tech office being closed. Their employer, Eurest, was told Aug. 21 that no service would be offered at the 701 First Ave. cafeteria until sometime next year, and that "the associates' wages and benefits would end" on Sept. 4, according to a letter sent to state employment officials. The 120 affected employees include 26 prep cooks, 21 food service workers, 19 cooks and 10 baristas, among others.