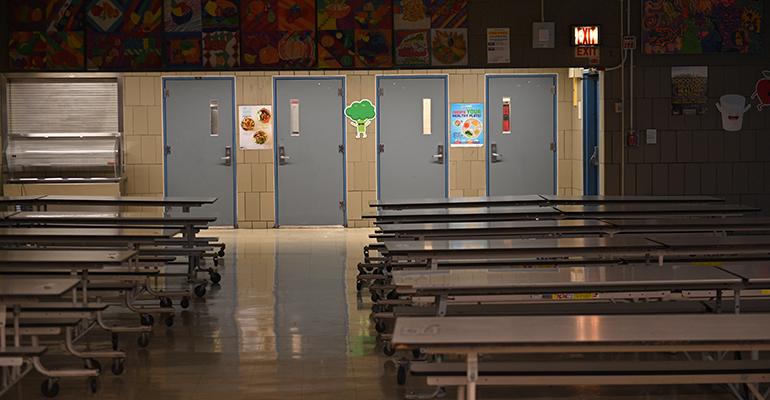 This and a claim that Binghamton University is reneging on a promised dining dollar refund are some of the stories you may have missed recently regarding the COVID-19 crisis.

Nearly 3.65 million Texas students were eligible for free or reduced-price school meals last year, according to the Texas Department of Agriculture. Data for the current school year is not available yet, but tens of thousands more students will likely be eligible this year as the number of families qualifying for unemployment and Supplemental Nutrition Assistance Program benefits are at record highs, experts said.

But some Texas school districts say they’re feeding far fewer students than they did before the pandemic hit. Pflugerville Independent School District, just outside of Austin, is serving nearly 10,000 students a week, compared with 125,000 at the same time last year. In Premont ISD, a rural district in south Texas, roughly 50 of the 200 students doing remote learning are getting their grab-and-go meals. Houston ISD used to serve 250,000 meals a day. Now the number hovers around 30,000.

Last semester, many Binghamton University students left campus early due to the coronavirus pandemic, resulting in refunds for campus-based charges and fees such as housing and parking. While students were promised refunds and credits for their unused dining dollars, the spendable balance in a student’s dining account, some have not received anything.

Those who graduated after the spring semester or decided to pursue the fall 2020 semester remotely received an automatic refund for unused dining dollars. For returning students, no unused dining dollars automatically rolled over to their fall meal plan accounts and no one received a full refund. In a March 15 email, BU President Harvey Stenger announced that meal plans would be included in refunds and credits.

Read more: Students claim BUDS did not refund spring dining dollars despite promises by the University

The University of Pennsylvania will not pay Bon Appétit Management Co. dining staff—all of whom are furloughed—for the fall semester, leaving over 100 workers without a steady income and forcing some to file for unemployment.

Penn’s refusal to pay Bon Appétit dining workers, which include those who staff retail dining locations and Falk Dining Commons, mirrors its initial plan to lay off an approximately 140-person staff without pay earlier this spring. Following sweeping student opposition, including a petition that garnered over 8,000 signatures, Penn agreed to pay the workers through May 15.

The San Antonio Independent School District admits it threw out $43 thousand worth of food last week as it was moving from its old nutrition warehouse to a new facility. SAISD says the cooler and the freezer both failed. The question is: Should they have found a way to salvage all that food?

Read more: School district caught throwing out $43,000 worth of food

Penn State Food Services is set to reopen a handful of a la carte options in its on-campus dining halls starting Monday, Sept. 14, the university announced. The salad station, pizza station, bowls and deli station will reopen in the East Food District. Meanwhile, In A Pickle, Redifer City Grill, Fresco y Caliente and the salad station will reopen in South. Additionally, the deli station in North will reopen alongside the pizza station in West.

Penn State Dining will also implement new options in its buffets this week and adjust hours to better fit students’ needs. One of the most notable additions to the Buffet-to-Go menu will be Penn State Bakery and Creamery ice cream desserts for added guest convenience.

Bonus: One On One With: Feeding K-12 students during the school year