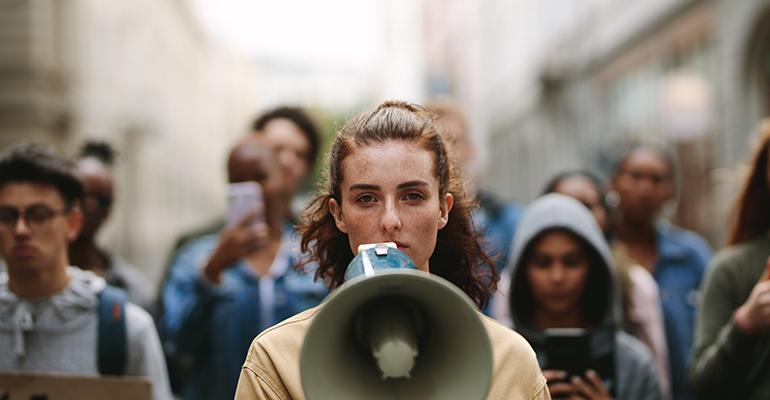 jacoblund / iStock / Getty Images Plus
World Bank foodservice staff cuts protested, with alternatives suggested plus four other things you may have missed this week.
News & Trends

This and a new mixed-use retail and education complex at University of Kentucky are some of the stories you may have missed recently regarding the COVID-19 crisis.

The World Bank’s decision to furlough 263 contractual food service workers whose regular duties have been on hold since the coronavirus pandemic closed the D.C. headquarters in March has prompted more than 2,300 bank employees to sign a petition calling on management to reverse course. The World Bank Group’s Staff Association, a union-like organization representing 12,500 of the bank’s estimated 16,000 employees, urged management to consider an alternate proposal that would allow the food service crew to be paid while they use the bank’s kitchen to prepare and serve meals for local food banks and nonprofits. However, senior management have said they have little choice but to move forward on furloughs given the uncertainty of when normal operations will resume.

Premier Health in Ohio is outsourcing its environmental services and nutritional services to Compass One Healthcare, including 424 workers at its flagship Miami Valley Hospital, 115 at the Atrium Medical Center in Middlebury and 87 at Upper Valley Medical Center in Troy. Premier had announced back in October that it plans to reduce staff by 1% to 2% by the end of year as part of a new three-year strategic plan.

“We, like other providers, have experienced changing industry headwinds in recent years, some of which have intensified significantly during the current pandemic,” it said in a statement. “Our financial performance is under pressure. The entire industry—not just Premier Health—must transform.”

New Mexico State University (NMSU) is beginning an "orderly transition" to be 100% online following an announcement from Gov. Michelle Lujan Grisham to shut down the state. Campus housing will remain open, but campus dining will be restricted to grab-and-go options only.

In other news, NMSU recently became the first school in dining services provider Sodexo’s higher-education portfolio to achieve the Rise Safe certification after passing a 37-point safety and sanitation audit and an independent verification of compliance by Bureau Veritas. The Rise Safe labeling program was introduced earlier this year as part of Sodexo’s return-to-work initiative and was created to standardize processes and procedures for education, training, safety, sanitation and communications in response to the coronavirus pandemic and in adherence with CDC guidelines.

Sacred Heart University has agreed to pay a settlement to the family of a 20-year-old student who fatally choked while participating in a pancake-eating contest at the university in 2017, settling a lawsuit filed in state Superior Court in April 2019. Sacred Heart later filed a cross-complaint lawsuit against its food service provider, Chartwells, contending the company is responsible for Nelson’s death and demanding it cover all the university’s costs in the case. The settlement includes that case as well.

Bonus: One on One With: ScratchWorks looks to promote scratch-food prep for K-12 school meals