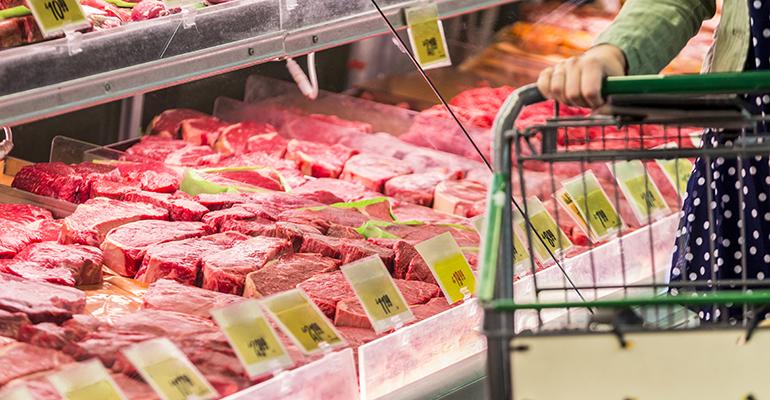 This and another study on the benefits of breakfast after the bell programs in K-12 schools and Sodexo’s partnership with Freight Farms are the things you missed for the week of January 27.

Nearly one in four Americans (23%)—including twice as many women than men—report eating less meat in the past year than they had previously, according to data from a Sept. 16-30 Gallup telephone poll with U.S. adults. Meanwhile, 72% say they are eating the same amount of meat and 5% report eating more meat this year than in the past. Asked how often they eat meat, 67% say they eat it "frequently," 23% say they eat it "occasionally," 7% "rarely" eat it and 3% report "never" eating meat.

The most popular way to cut back on meat consumption is by eating smaller portions of it, with 77% of those who report having eaten less meat this year citing this approach. Other popular strategies are altering recipes to use less meat by substituting vegetables or other ingredients for some meat (71%) and eliminating meat entirely from some meals (69%). Slightly more than a third of Americans (36%) who have reduced their meat consumption say they eat meat replacements such as plant-based burgers or sausages.

The findings did not mean vegetarianism is on the rise, Gallup says, as the 5% of Americans who consider themselves vegetarian in this survey is similar to the rate over the past 20 years.

The biggest factor in reducing meat consumption is health concerns, with around 90% saying it is a major (70%) or minor reason (20%) they are cutting back on meat. Other factors cited as prompting reduced meat consumption are environmental concerns (70%), food safety (65%) and animal welfare (65%). Religious reasons were the least cited reason (29%).

Read more: Nearly One in Four in U.S. Have Cut Back on Eating Meat

The Freight Farms vertical farming company has landed a foodservice channel deal with contract management firm Sodexo, which will work with Freight Farms to grow food on school campuses. Freight Farms already supplies its technology to more than 30 educational and corporate sites in the U.S. and the company said the deal with Sodexo, covering university and K-12 sites, will help it “rapidly expand” across the country.

Officials in Philadelphia say the cafeteria at the Francis Hopkinson School in Juniata Park is off limits because of asbestos contamination. A letter went home to parents explaining that they discovered damage to an asbestos-containing pipe fitting. Officials say the repair is expected to be completed in time for start of classes on Feb. 3, but students and staff won’t not be allowed in the cafeteria until the area is tested and determined to be safe.

Food delivery service Good Uncle, a popular campus staple for the past two years, is leaving the University of Maryland’s campus following its acquisition by Aramark because it is now looking to partner with universities that already have a relationship with Aramark, according to Good Uncle’s Growth and Marketing Director Dylan Gans,.

Gans did add that it is still possible that Good Uncle will return to UMD in the future as the company left the University of Delaware in 2018 only to return a year later.

“University of Maryland students are great, and I think like a lot of college students want access to good food options,” Gans said. “We figured Maryland would be a great spot to be, and it was.”

This year, the company is scheduled to begin service in seven more areas, including Wake Forest University and the University of Virginia.