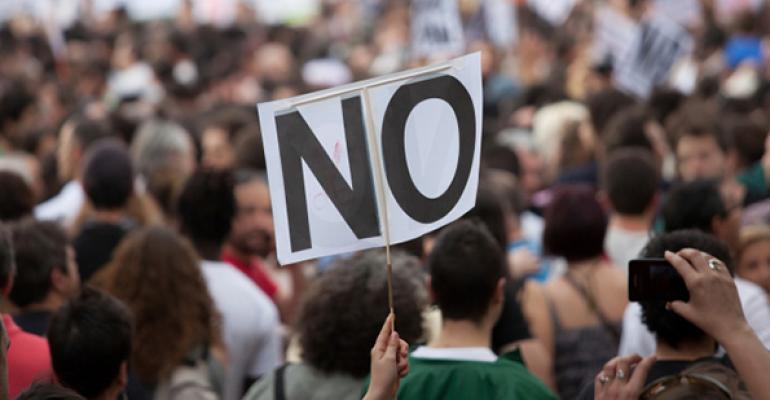 These and more are the things you missed for the week of Feb. 23.

This isn’t the first time a noncommercial chef has taken the stage in a television cooking competition. “Chopped” and “Top Chef” have also featured onsite chefs in recent years. This only emphasizes the importance culinarians are having in the noncommercial space.

2. Dining app could take a bite out of your business
There’s a new app in town at the University of Illinois, Champaign-Urbana. The Hooked app provides real-time discounts on food and beverage within walking distance of the campus. The app, which is available for free, has partnerships with 40 local restaurants and food trucks. Hooked is currently available at five campuses, but the company hopes to go nationwide by this fall.

One of the students who uses the app admits she doesn’t check it all that often because she has a meal plan. But dining fatigue and cheap deals could persuade students to forgo university-prepared meals in favor of local restaurants across the street.

3. No stop in sight for 90-year-old cafeteria worker
File this under I can only hope I’m this healthy when I’m her age. Betty Chau, a cafeteria worker in the Northfield Community School District, in New Jersey, celebrated her 90th birthday with students, staff and family this week.

In her lifetime, Chau estimated that she’s worked at 20 to 30 places, from an Atlantic City casino to a rest stop. Up until last year, she routinely worked two jobs. When asked if she had plans to retire, Chau once responded, “Why?”

4. Students unite
Students protesting and advocating for change isn’t a new thing on a college campus. It’s almost of rite of passage. They now, however, have new avenues to affect that change.  Students at the University of Indiana have started an online petition at change.org advocating to use meal points at dining areas in the memorial union. Within 12 hours, 100 people had signed the petition.

“I would never want the student voice to go away. I mean, they should have the voice on it — they’re the ones that buy it and use it,” Chris Gray, resident district manager of IMU Dining Services, said in an article in the Indiana Daily Student.

Get used to more of these types of online petitions and calls for change as the power of social media, especially with younger demographics, picks up steam.

5. Take Five at Cornell
The “Have you had your five” campaign at Cornell University, now in its second year, sees dining services employees and students pledge to eat five cups of fruits and vegetables each day. Those taking the pledge sign their name onto fruit-shaped cards, which are displayed in the dining halls and cafes. Dining locations are also serving dishes that feature produce during the campaign in March. The goal is to raise awareness for healthy eating, particularly the importance of eating enough fruits and vegetables.