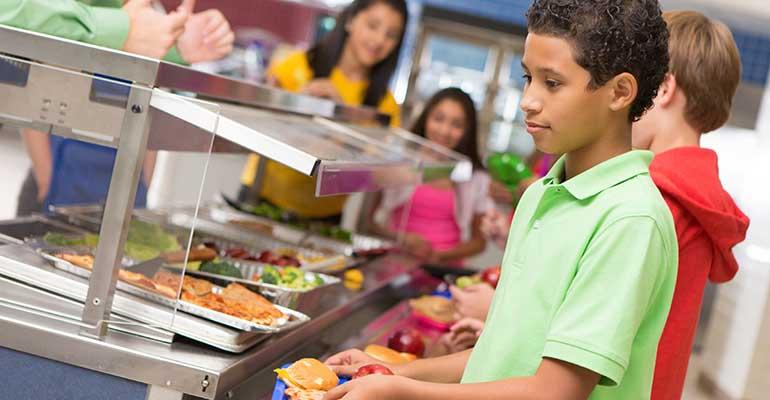 5 things: Are San Fran schools without a food vendor?

1. Revolution Foods out at San Fran schools, but now what?

The San Francisco School Board has voted to end its contract with Revolution Foods, its primary food vendor, despite warnings that there are few options for finding another provider in time to serve students this summer and next fall. Board members voting to terminate the deal cited the amount of food wasted daily by students dissatisfied with the company’s meals as the main reason for their vote. The district requires some 30,000 meals a day during the school year and nearly 300,000 in total over the course of the summer, and apparently has no plan B as of now on how to meet that need.

Read more: School board cancels contract with food vendor, leaving district with no ‘Plan B’ for feeding students

A survey released last week by Temple University’s Hope Center for College, Community and Justice indicated that 45% of student respondents from over 100 institutions said they had been food insecure in the past 30 days. This is despite the growing college food pantry movement—there are now over 700 members at the College and University Food Bank Alliance—and initiatives ranging from redistributing leftover food from dining halls and catered events to allowing students to donate meal swipes to food-insecure peers and making students eligible for food stamps and other benefits.

3. Rossi to step down at Brown

Peter Rossi will step down as director of dining at Brown University May 3rd to pursue “a new opportunity,” the school has announced. He had spent the past 20 years with Brown Dining, being named director in 2016. Rossi’s resignation comes on the heels of a class action lawsuit filed by two former Brown Dining workers alleging the university did not compensate them properly for their work. Brown is currently reassessing the leadership structure of the campus dining program and expects to make final decisions about it this summer.

Read more: Director of Dining Services Peter Rossi to step down in May

A teen patient at Golisano Children’s Hospital in Rochester, N.Y., recently made a low-tech appeal for some pizza and is now rolling in the dough, so to speak, as a result. That’s because his request—penned in large block lettering and posted on his hospital room window facing outside—resulted in, at last count, 18 pizzas plus a hundred chicken wings and a box of cannolis sent to his room over the next several days. Cole Favro recently turned 18 and will be transferred to an adult hospital for his treatments for cystic fibrosis going forward, so he wanted to do something for the staff at Golisano before he left for the final time. Hence the innovative request: "I just wanted to do something nice and fun for all of the nurses and staff to thank them for all of the amazing support they’ve given me," Favro told TODAY Food via email. "Ever since I was born with cystic fibrosis I’ve been in and out of the hospital about three times a year, for two weeks at a time."

5. Scientists: Maggot sausages may be in our future

Food scientists at the University of Queensland in Brisbane, Australia, are incorporating insects such as maggots and locusts into a range of specialty foods, including sausage. They’re also formulating sustainable insect-based feeds for the livestock themselves because they say conventional livestock production will soon be unable to meet global demand for meat, so other fillers and alternatives will be needed to supplement the food supply with sufficient protein sources.

Incorporating insects into dishes is currently a fringe trend but one being explored by a number of cutting-edge culinarians. The idea has been explored at several college special meal events, most recently at the University of Connecticut. Perhaps most notably, Seattle’s Major League Baseball ballpark has been serving toasted grasshoppers (chapulines) for several years, with apparently some success.

Still, maggots may be one step too far down the food chain for most American diners, but we’ll see.

Bonus: One On One With: K-12 Procurement Ethics